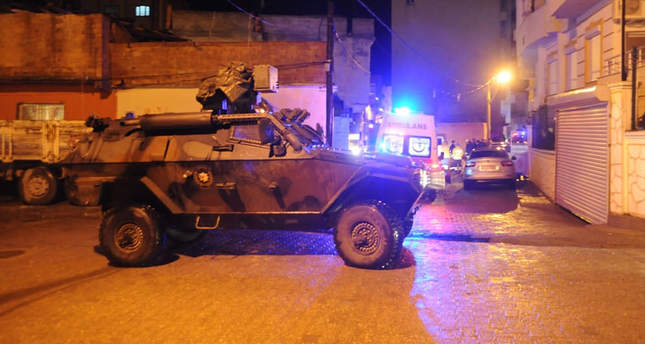 Three police officers linked to the Gülen Movement are caught red-handed in Hakkari while attacking civilians in an effort to exploit tension and derail the reconciliation process. All three were suspended pending trial

The probe revealed that all three had been transferred from Hakkari and Istanbul intelligence departments for their links to the Gülen Movement. The police officers were suspended pending a criminal investigation.

The Gülen Movement has been the leading opponent of the continuing reconciliation process, which aims to end terrorist violence in the southeast. The Interior Ministry had previously ordered several investigations for police officers whose conduct exasperated the tense situation in the southeast. Since early October, several protests have devolved in the southeast into violent confrontations and caused deaths. Experts believe PKK operatives against peace and the Gülen Movement are the leading actors in sparking deadly protests.

While the explosives failed to injure the protestors, local police officers immediately launched an investigation and captured the three officers. A search of the vehicle showed there were more explosives, mainly low level firecrackers aimed to create panic.

The Interior Ministry sent investigators to the city for further analysis of the matter. A similar investigation is said to have been launched in Cizre where violent demonstrations occurred.

Meanwhile, another investigation revealed that officers linked to the Gülen Movement had deactivated the video surveillance system installed on the streets of the southeastern city of Şanlıurfa during the deadly protests in early October in an effort to undermine security measures in the city.

The surveillance system could not be used by the police for three months, during which serious protests were held. The ministry suspended six police officers, two of whom are police chiefs, as a result of the scandal.

When the Islamic State of Iraq and al-Sham (ISIS) besieged the Syrian city of Kobani across the border, the Şanlıurfa Police Department had to deploy many police officers of Suruç near the border. The Şanlıurfa Police Department, lacking manpower, was also told that the threat of weapon smuggling had increased due to the ISIS siege. Undermanned and undermined, the police department resorted to basic roadblocks for suspects because its surveillance system wasn't working. Once the deadly protests began, the already undermanned department found it hard to control the situation.

A senior police officer who did not want to divulge his name said the 120 cameras around the city could not be used by the police department because the necessary passwords would not be given. "As soon as those police officers were suspended, we started to use the system and just a few days ago seized a truck carrying 180 kilograms of heroin. We also seized a vehicle carrying many Molotov cocktails and percussion bombs destined for an attack on a police station," he said.