Spy’s statement reveals his links with Canada and ISIS 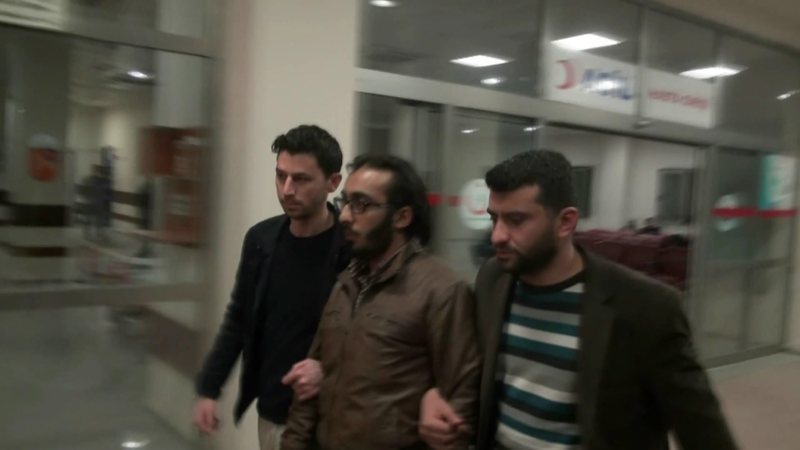 by Daily Sabah Mar 15, 2015 12:00 am
Leaks from Mohammed al-Rashed's police statement published in Turkish media outlets revealed how he aided three UK girls and other foreign nationals to cross into Syria to join the self-proclaimed Islamic State of Iraq and al-Sham (ISIS).

Rashed was apprehended on February 28 by Turkish security forces. Along with many documents and information found on his possession and in his laptop, a video showing Rashed aiding three missing British girls, Shamima Begum, 15, Amira Abase, 15, and Kadiza Sultana, 16, was also found.

According to the police statement, Rashed came into contact with Canadian officials in 2013 when he sought for asylum in Canada. Rashed said that Canadian officials asked for information regarding ISIS' operations in return for citizenship.

Regarding the costs of his operation, Rashed said that cost of his plane tickets was covered by the Canadian Embassy in exchange for receipts. "The people who I aided for crossing into Syria were covering my bus tickets" he added.

Stating that all his operations are recorded in his laptop, Rashed said that during the period he was in Turkey, he helped the U.K. nationals the most to cross into Syria. He said that he also aided South Africans, Indonesians, Australians and Nigerians.

Rashed also admitted giving detailed information regarding his ISIS contacts. "Abu Kaka, a British national located in Raqqa, was sending the information of those who wanted to cross into Syria through WhatsApp. Those who were coming from foreign countries were also contacting me through Abu Kaka. I took three British girls from Istanbul Esenler Coach Station and bought their tickets, and delivered them to Abu-Bakr in Gaziantep. Abu-Bakr was finding private vehicles for people to cross into Syria, " Rashed said in his statement.

Rashed stated that he was contacting with a person named "Matt" at the Canadian Embassy and "Matt" was handing over Rashed's information to his superior "Claude."

Rashed also revealed the money traffic between ISIS and its sympathizers abroad, as many bank receipts were found in his possession. "The money was being sent to me, and I was sending the money to my brother in Raqqa via a jeweler in Şanlıurfa. Abu Kaka's men were picking them up from my brother, " Rashed said.