Turkey: ‘Controlled explosion’ gets out of control at military base 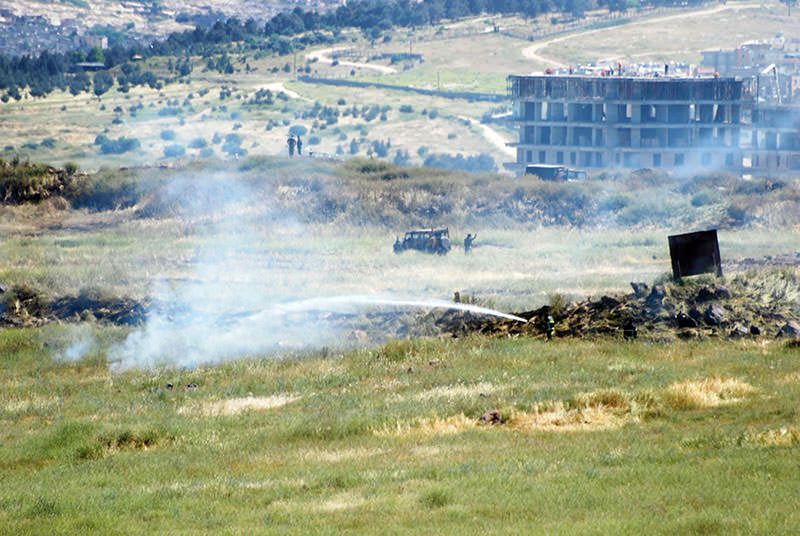 | DHA Photo
by Daily Sabah May 07, 2015 12:00 am
The detonation of an old anti-tank mine at a military base in the southeastern province of Şanlıurfa on Thursday caused panic among residents.

A powerful blast shattered the windows of nearby buildings while panicked children at a nearby school were evacuated.

Residents were relieved to learn that the blast was caused by the demolition of ammunition.