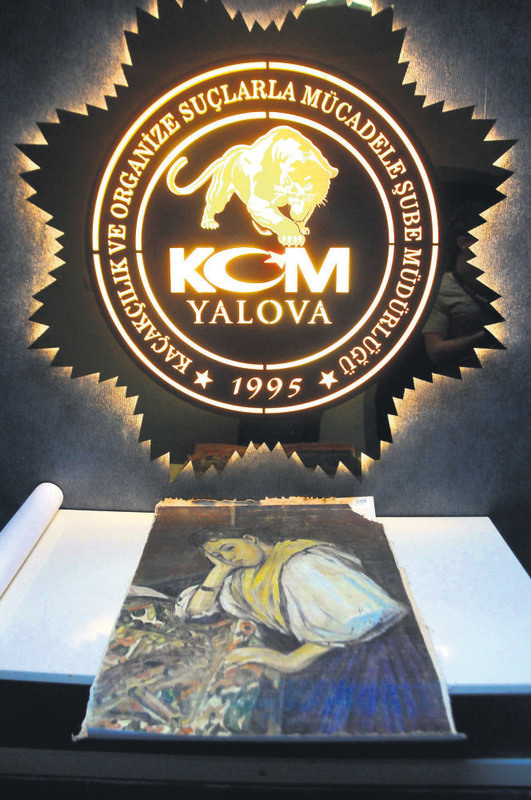 by Anadolu Agency May 17, 2015 12:00 am
Police in the western province of Yalova have seized a painting suspected of belonging to famous French artist Paul Cezanne on Sunday.

According to reports, police launched an operation after a tipoff and detained two people, finding the painting in the process.

Reports said the name of the painting was "Young Italian Girl Resting on Her Elbow," valued at more than $100 million.
Last Update: May 17, 2015 10:33 pm
RELATED TOPICS