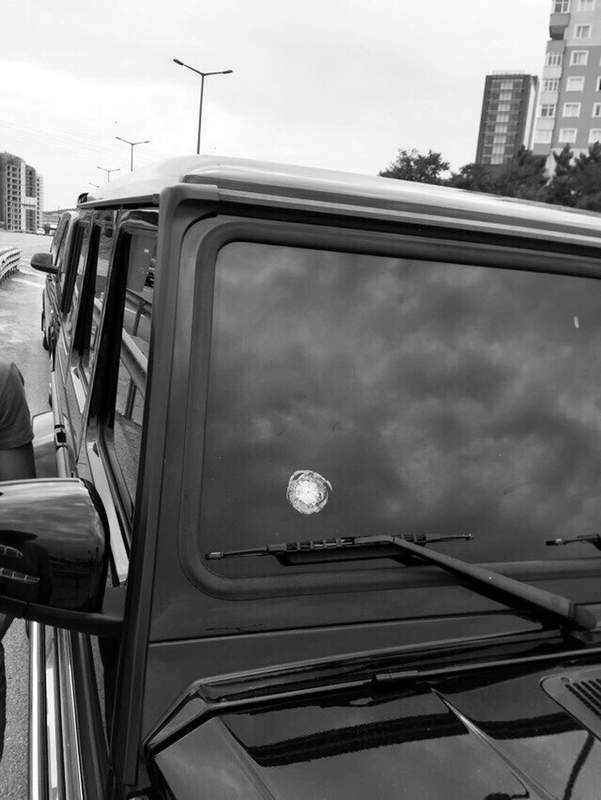 by Daily Sabah Aug 12, 2015 12:00 am
After a police investigation finished on Wednesday, it was said that the bullets that hit Fenerbahçe's star footballer Mehmet Topal's car was were stray bullets and it was not intentionally aimed at the star footballer.

He escaped the attack uninjured with bullets lodged on the windshield of his car. Police had launched an investigation into the attack and were in search of the gunmen who fled after the shooting.

The team's TV channel FB TV reported that Topal was driving the car and was accompanied by teammate Mert Uygar Zeybek.

The club had released a statement following the attack it described as "an act of terror."

"We condemn these series of attacks and await the perpetrator or perpetrators to be captured as soon as possible," the statment read.

The statement was referring to an April shooting at a bus carrying the team in northern Turkey as Fenerbahçe was returning home from an away game in the province of Rize.

Topal joined Fenerbahçe in 2012 from Valencia, after a four-year stint with Galatasaray, a main rival of Fenerbahçe.
Last Update: Aug 12, 2015 10:30 am
RELATED TOPICS