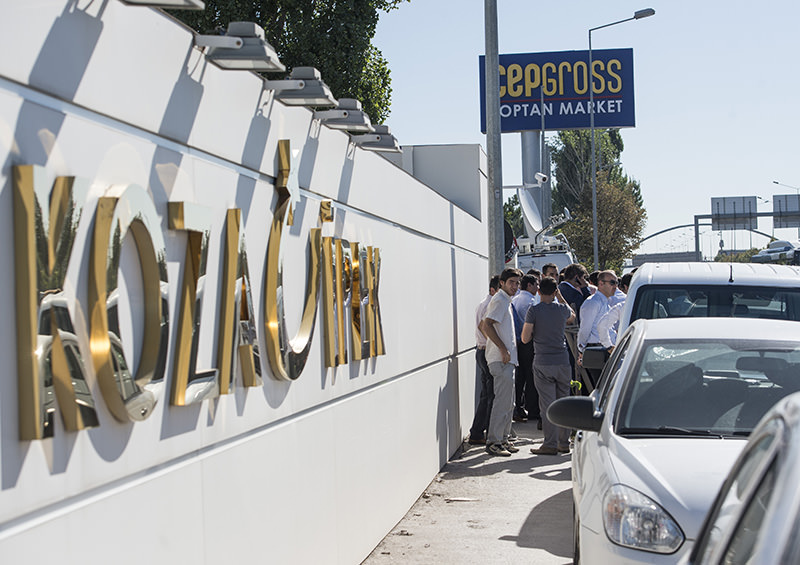 The Financial Crimes Unit launched an operation against 23 companies linked to the Koza İpek Group, allegedly affiliated with the Gülen Terror Organization, under the suspicion of financing terrorism. Six people have been arrested and an arrest warrant was issued for Akın İpek, the group’s chairman

The holding is suspected of providing financial support and distributing propaganda of what government officials call the Gülenist Terror Organization (FETÖ), police sources said, which is led by U.S.-based Turkish imam Fethullah Gülen who lives in self-imposed exile in rural Pennsylvania. During the search, the police confiscated documents and computers belonging to the holding company. Six people have been arrested and an arrest warrant issued for Akın İpek, the group's chairman, who the source said was thought to be in the U.K.

Koza İpek was founded in 1948 by Akın İpek's father, Ali İpek, as a printing company. Among its media holdings are the Bugün and Kanaltürk TV stations and daily newspapers Bugün and Millet. Additionally, Koza İpek Holding assembles more than 20 firms operating in a wide range of sectors, including the gold and media sectors.

The raid on Koza İpek Holding's 23 companies did not include its media organizations, sources from the prosecutor's office told Anadolu Agency (AA). Newspapers owned by the group said the raids were conducted against the "İpek Media Group" but did not specify the offices of individual news outlets.


The prosecutor said in a report that a TL 122 million ( roughly $40 million) worth of transition was made to a bank account belonging to the Koza-Ipek Education, Health Service and Charity Foundation between August and September 2011, however the bank claimed that the transition was a result of an error in the data sources.
However, the prosecutors demanded that the documents belonging to the foundation should be confiscated in order to examine the bank records between 2010-2015 as the report said the transition violated the EFT regulations of the Central Bank.

In a statement published in the group's Bugün newspaper on Monday, İpek said his companies were being audited by the Finance Ministry's Financial Crimes Investigation Board. "There can be no basis for even a fictional crime scenario regarding our group," he said. Yesterday, he confirmed the raids on company offices and his home. "I do not even have any traffic offences," he added. He made no comment on his location.

However, sources told Anadolu Agency that Ipek left Turkey two days before the investigation was launched against his companies. His private jet reportedly touched down at London Luton Airport late Sunday.