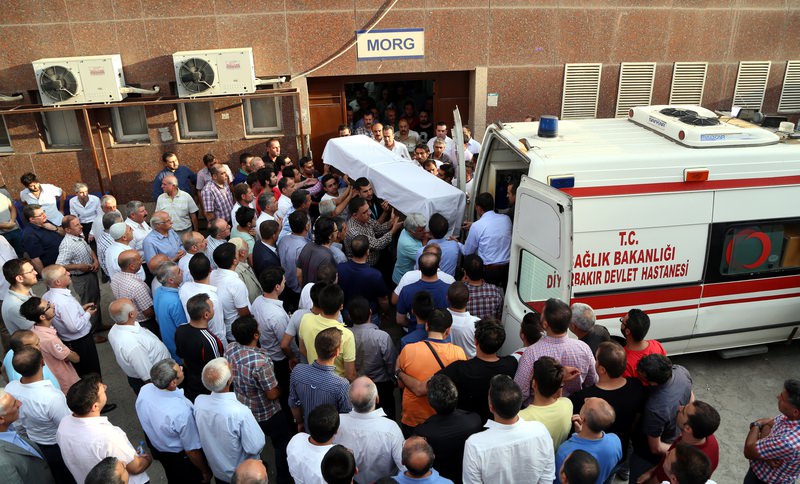 by Daily Sabah Sep 01, 2015 12:00 am
Turkish police have arrested two suspects on Tuesday for the killing of former youth branch head of the ruling Justice and Development Party (AK Party) Yunus Koca, who was shot dead in a pharmacy in the southeastern province of Diyarbakır on Monday.

The two suspects, both aged 46, were captured in Diyarbakır, armed with a 7.65 mm pistol that was used in the shooting, the police said.

No one has claimed the attack yet, it is widely believed that the attack was carried out by PKK terrorists as the police have started to investigate the suspects' possible connection with the PKK.

Turkey has launched operations against the PKK -- listed as a terrorist group by Turkey, the EU and the U.S. -- after the group renewed attacks on Turkish security forces in the aftermath of the July 20 Suruç bombing that claimed the lives of 34 people.

At least 19 civilians, including three children, have been killed in armed and bomb attacks since July 7 while more than 60 members of the security forces have been killedin the violence, while Turkey says land and air operations in Turkey and northern Iraq have killed more than 900 militants.