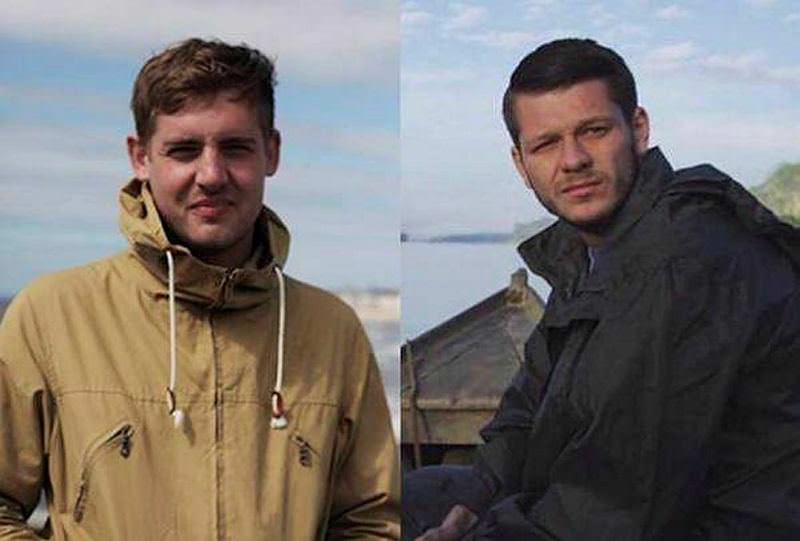 by Anadolu Agency Sep 08, 2015 12:00 am
Two foreign journalists who were released after being held on terrorism charges in southeastern Turkey have recently been deported, according to Turkish officials.

British journalists Jake Hanrahan and Philip Pendlebury, reportedly worked for the U.S.-based news outlet, Vice News, and were sent on a flight from the southern Adana province to Germany, local officials said.

Their Iraqi translator, Mohammed Ismael Rasool, who police said was an international relations student at Istanbul Fatih University, would remain under arrest after an alleged encryption system used by the Islamic State of Iraq and al-Sham (ISIS) was found on his computer, sources said.

The trio had been arrested in front of their hotel in Turkey's southeast Diyarbakır province on Aug. 28 and charged with "knowingly and willfully helping the armed terrorist organization without being a part of its hierarchical structure," sources said, without naming the organization which they allegedly aided.

Hanrahan and Pendlebury were then released on Sept. 3 by the Third Criminal Court in Diyarbakir.

A police search conducted in the hotel room of the trio revealed video cameras and hard disks involving alleged footage and interviews of armed members of the Patriotic Revolutionary Youth Movement (YDG-H) - the youth wing of the terrorist PKK organization - as well as various other footage of dug up streets, and YDG-H members making bombs and Molotov cocktails, according to police records obtained by the Anadolu Agency on Sept. 1.

Vice News denied all charges against the trio as "baseless and absurd." The company announced on Sunday that Hanrahan and Pendlebury returned to Britain.
RELATED TOPICS