Suspects in Bodrum refugee tragedy held in custody in Turkey 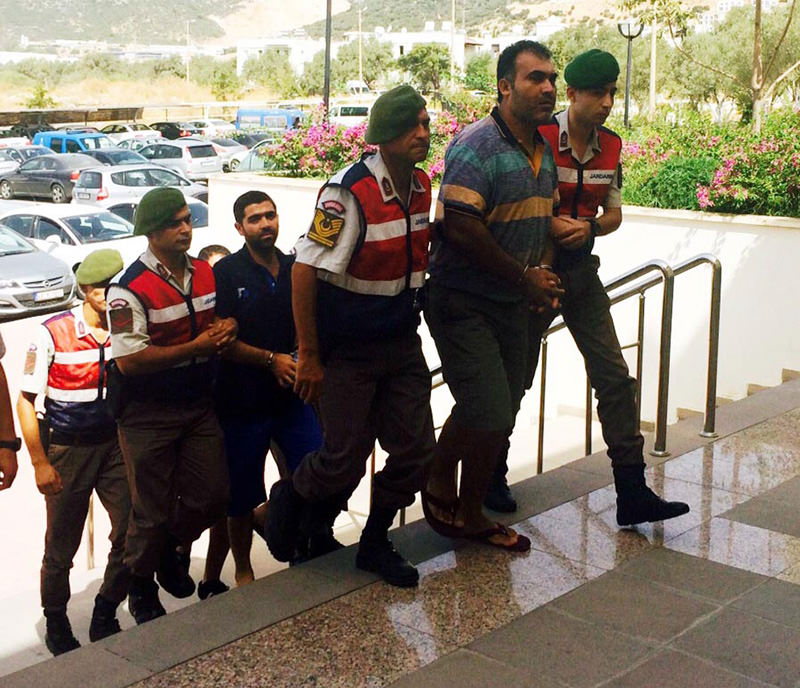 | DHA Photo
by Anadolu Agency Sep 09, 2015 12:00 am
Two suspects arrested following the deaths of 12 refugees off the coast of southern Turkey last week, including 3-year-old Aylan Kurdi, were arrested Tuesday.

Two Syrian men, Asem Akfrhat and Mwaffak Alhabash, are believed to have organized the passage of the doomed group to the Greek island of Kos.
A third Syrian, Alaa Assous, was released pending trial.

The men who appeared in Muğla Penal Court were accused of people smuggling and "causing multiple deaths through conscious negligence."

The court-ordered search of their accommodation resulted in the confiscation of cash thought to be the profits of crime, five cellphones and a car.

On Sept. 2, a boat carrying a group of refugees overturned in the sea between Turkey and Kos, resulting in the deaths of 12 people, including eight children.

Images of Aylan lying on the beach and his lifeless body being picked up by a gendarme dominated newspaper front pages and news bulletins around the world and led to a re-evaluation of Europe's policy toward migrants, particularly those fleeing the Syrian civil war.