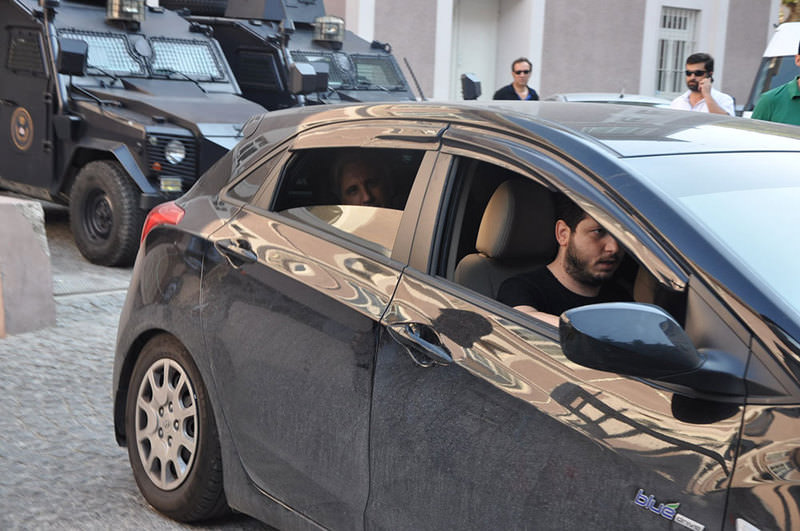 by Daily Sabah Sep 18, 2015 12:00 am
Turkish police detained eight people in a probe conducted against the suspects accused of perpetrating the case widely known by the public as "Selam Tevhid" in which prominent figures ranging from politicians to journalists were illegally wiretapped by members of the alleged Gülenist Terror Organization (FETÖ) under the guise of an inquiry into the eponymous, nonexistent terrorist organization.

The suspects included four high-rank and two middle-rank police chiefs, along with lawyer Gültekin Avcı, who defends Hidayet Karaca, the general manager of Samanyolu Media Group known to have ties with the Gülen Movement, who is being tried in another case.

Being accused of establishing and managing an armed organization for criminal purposes and plotting to overthrow the government, the suspects were detained in Istanbul and Izmir following a court's arrest warrant issue.

Avcı is being accused of transmitting Fethullah Gülen's instructions to members of the alleged organization and creating public opinion against the victims of the Selam Tevhid case.

Turkish authorities are probing an organization led by Fethullah Gülen, who lives in self-imposed exile in the U.S. and is accused of plotting to overthrow the Turkish government by infiltrating state institutions, including the police and the judiciary, in a conspiracy dubbed the 'parallel state'.