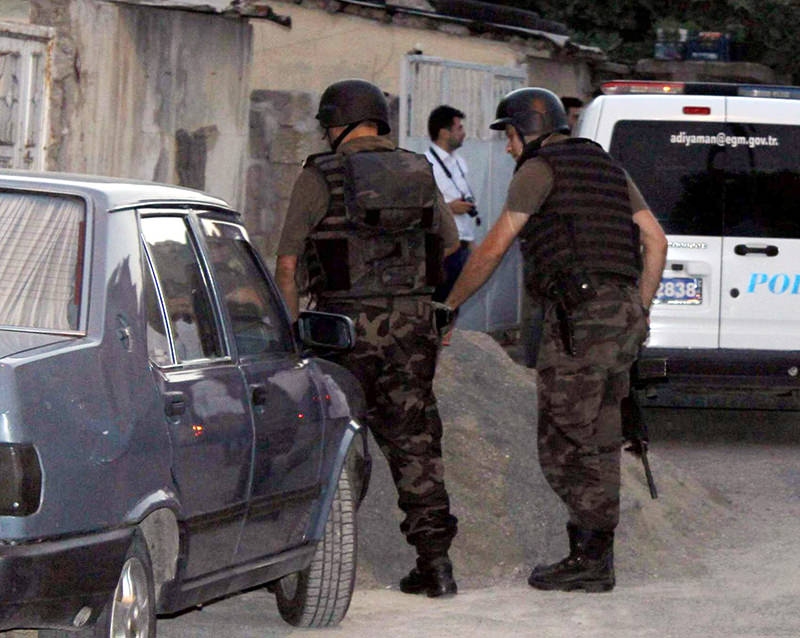 | IHA Photo
by daily sabah
Oct 09, 2015 12:00 am
Turkish police have detained 16 suspects on Friday, under the scope of an anti-terrorism operation carried out against the PKK in Adıyaman and Iğdır provinces.

In Adıyaman, seven people were arrested in the operation carried out against the PKK's youth branch Patriotic Revolutionist Youth Movement (YDG-H).

Nine others were arrested in Iğdır province, including Iğdır Deputy Mayor Şaziye Önder and Mehmet Gültekin, who is the mayor of Tuzluca district.

Suspects have reportedly set up tents and formed human shields in August to prevent operations against and protect the PKK terrorists in Korhan district.

According to military sources, 918 terrorists were killed in Turkey's airstrikes against PKK's hideouts and camps in northern Iraq.