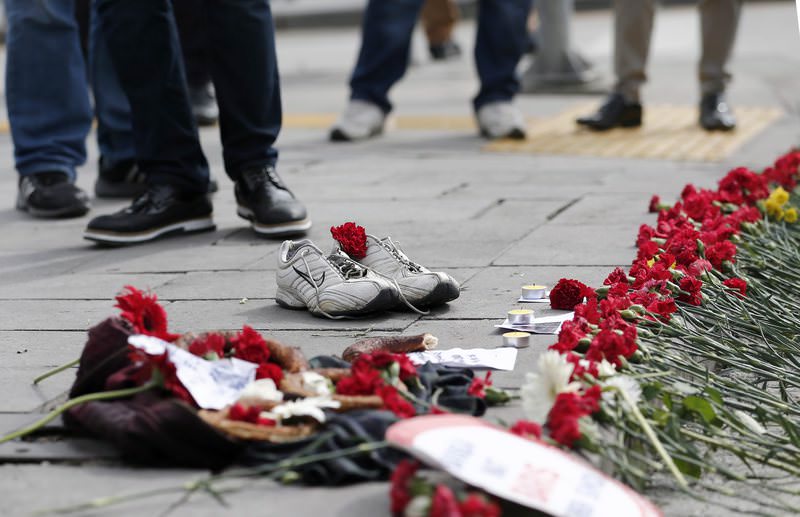 by daily sabah
Oct 13, 2015 12:00 am
Twitter has shared three IP addresses with Turkey regarding the bomb attacks that killed 97 people in Ankara on Saturday, the office of Ankara chief public prosecutor said on Tuesday.

Some messages appeared on Twitter warning people about attacks in Ankara on the day of the protests right before the deadly massacre that rocked the whole nation. The messages drew a lot of attention after the attack happened.

The public prosecutor's office said the messages pointing out a bomb attack were sent from fake Twitter accounts and the IP addresses of these fake accounts were requested from Twitter in order to track down the suspects.

Previously, Twitter had rejected sharing user information with Turkey, however this time the company accepted the request saying that this step was taken because the incident was a terror attack and the death toll was high.

On Tuesday, President Recep Tayyip Erdoğan ordered the State Supervisory Council (DDK) to launch a special investigation into the bombing and added they have received intelligence suggesting that the Ankara terror bombing has roots in Syria.


The twin suicide bombings in Ankara – the deadliest attack in modern Turkish history – were set off by two suspected suicide attackers in a crowd of leftist, pro-Kurdish and union activists at a peace rally.

The attacks near Ankara's main train station left the bodies of dead demonstrators strewn across the ground. The bombings also wounded 246 people, dozens of whom were hospitalized and are in intensive care, according to the Prime Ministry.
Last Update: Oct 14, 2015 12:15 am