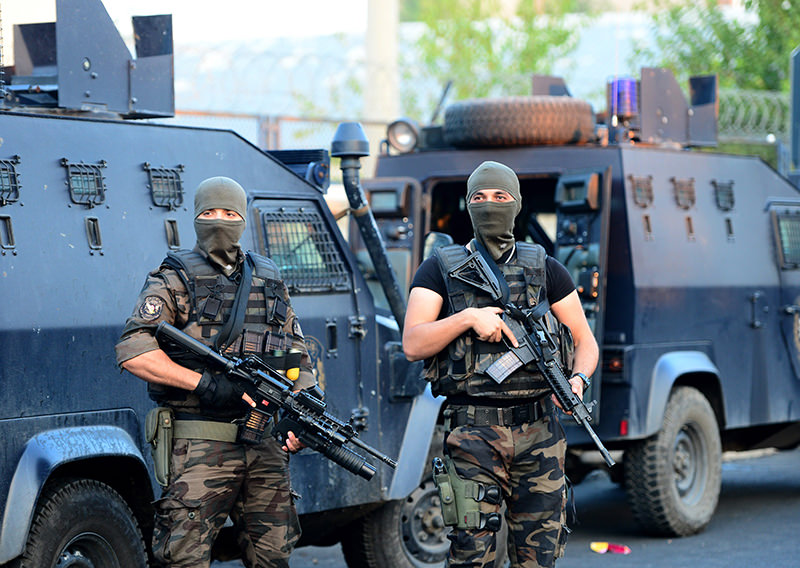 | AA Photo
by Daily Sabah Oct 24, 2015 12:00 am
Turkish security and intelligence units stated late Friday that four ISIS terrorists, one of whom is a German national have entered Turkey from the Syrian border to carry out attacks in the country.

According to security sources, the four ISIS-linked militants are planning either to hijack a plane or a vessel or conduct a major terror attack in a rally. The sources added that three of the militants are linked to the ISIS-affiliated Dokumacılar ("Weavers") group, whose two members carried out the Suruç and Ankara bombings which claimed the lives of over 140 people and left hundreds wounded.

Turkish authorities also added that the terrorists have fake Turkish ID cards in order to avoid getting arrested.

One of the suspects, Walentina Slobodjanjuk is a German national and uses a fake Turkish ID card under the name of "Yıldız Bozkurt."

Turkish security forces have taken extensive security measures for a possible terror attack. Authorities have also urged citizens to give any information that may allow the capture of the four suspects.

An explosion took the lives of at least 32 people and injured 76 more on July 20 in Suruç district of Turkey's southeastern province of Şanlıurfa, which is located some 10 kilometers north of Syrian town of Kobani. The terrorist attack that took place at the garden of Amara Culture Center of Suruç Municipality was carried out by Şeyh Abdurrahman Alagöz, whose brother Yunus Emre would later carry out a suicide bombing during a peace rally in Ankara on October 10 and end 102 lives. Both suicide bombers were the members of the ISIS-affiliated group based in eastern Adıyaman province.