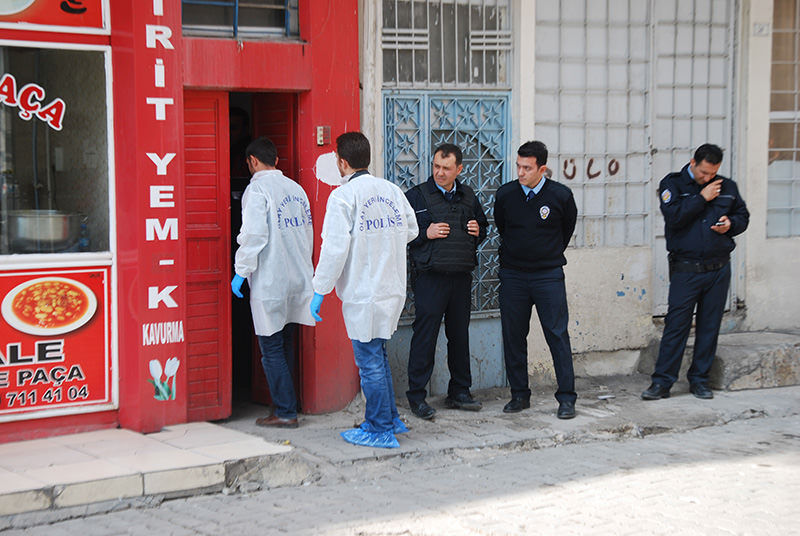 In a video posted online late Sunday, the Islamic State of Iraq and al-Sham (ISIS) claimed responsibility for the grisly murders of two anti-ISIS Syrian activists living in the southeastern city of Şanlıurfa on Friday.

Ibrahim Abdul Qader and Fares Hamadi, two activists who were publishing a weekly newspaper focusing on ISIS's brutality in Syria, were found dead with their throats slit in a house in Şanlıurfa last week. Turkish security forces detained 21 Syrians thought to be linked to the perpetrators but they were all released later on due to a lack of evidence. Police are still actively investigating the murders.

A video released by ISIS supporters shows interviews and news reports in foreign media about the two victims who were members of Raqqa is Being Slaughtered Silently, a network of activists critical of ISIS' brutal rule in the Syrian province of Raqqa. It concludes with footage of an unconscious man with a deep gash in his throat, purportedly Fares Hamadi, in what appears to be the house where the two victims had shared in Şanlıurfa. The video also includes captions explaining that the two men were killed because "they conspired with Crusaders against ISIS."
For the past six months the two victims had been publishing an amateur newspaper in Şanlıurfa. Ibrahim Abdul Qader was one of the founding members of Raqqa is Being Slaughtered Silently. Following the murder, several ISIS supporters had praised the murder online, branding the victims "liars." ISIS is blamed for the murder of at least two activists working for the group in Raqqa.

Raqqa is Being Slaughtered Silently was most recently declared winner of the International Press Freedom Award by the Committee to Protect Journalists (CPJ) for its coverage of ISIS atrocities in Raqqa. In a statement, CPJ called on Turkish authorities to execute an immediate and thorough investigation into the "heinous murders" and "bring the culprits to justice." CPJ's Europe and Central Asia Program Coordinator Nina Ognianova said in a statement that the risks to journalists operating in Syria were well documented and the murders indicated the grave risks they faced now metastasized across the border with Turkey.

Their murders featured the typical hallmarks of an ISIS execution and had thus raised suspicions regarding the group's involvement in the killings.

ISIS frequently targets journalists both in Syria and Iraq. According to Reporters Without Borders, a leading nongovernmental organization (NGO), the group has killed at least 13 journalists and media workers since 2014 in Iraq. Along with local journalists, ISIS often targets foreign journalists especially in Syria. The beheading of two American journalists by ISIS last year in Syria sent shockwaves through the international media after the group posted videos of the bodies online.

Turkey is home to a large number of pro-opposition activists from Syria and is a staunch opponent of the al-Assad regime. Consequently, Turkey itself has become a major target of ISIS. The terrorist organization is suspected to have been behind the twin bombings in Ankara on Oct.10 which killed 102 people at a peace rally. Video footage from the scene seems to show suicide bombers with ties to the group carrying out the terror attack.
Last Update: Nov 02, 2015 4:05 pm
RELATED TOPICS