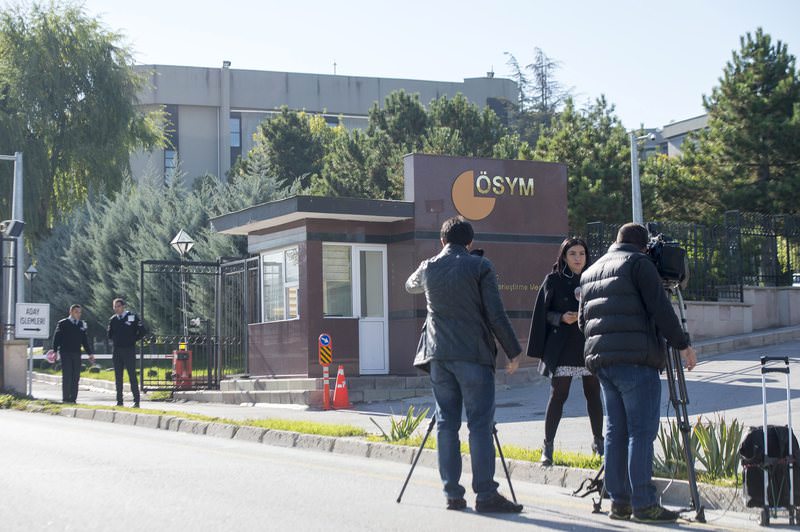 by daily sabah
Nov 06, 2015 12:00 am
An Ankara court arrested on Friday three people previously working in the department responsible for preparing and reviewing the questions for nationwide education and employment exams holded by Student Selection and Placement Center (ÖSYM), as part of the operation launched against cheating allegations.

The three suspects who were detained on Thursday are facing charges of "becoming a member of a terror organization established for the purpose of criminal activity", "fraud against Turkish State institutions" and "forgery of official documents ".

The police also continue investigating the computers of the question department of ÖSYM.

The investigation was launched after cheating and question leaking allegations in the educational sciences exam held as part of the Public Personnel Selection Exam (KPSS) on July 10 and 11, 2010. 350 candidates scored full points in the exam in which teaching graduates need to attend in order to be appointed as public teachers.

The exam was cancelled in September 2010 and held again on October 31, 2010. Suspects were allegedly appointed to ÖSYM with the exam results obtained in the rigged exam.

Many other public officials and candidates were charged with cheating allegations on several other KPSS exams in which members of the Gülen Movement, led by U.S. based controversial cleric Fethullah Gülen, allegedly took part to infiltrate into state institutions.
Last Update: Nov 06, 2015 7:34 pm