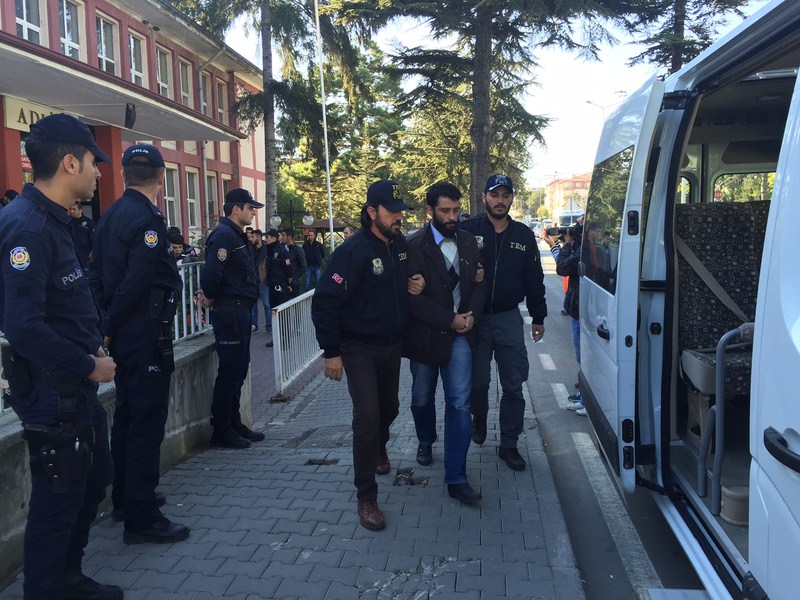 by Daily Sabah with AA Nov 06, 2015 12:00 am
Turkish police have released details of 41 foreign nationals who were detained in Istanbul on Thursday on suspicion of attempting to join the ISIS terrorist organization.

Istanbul Security Directorate's Counterterrorism and Intelligence Branch says its officers detained 40 Moroccans and a Syrian national who arrived at the city's Atatürk Airport from Casablanca on Wednesday.

The suspects, who were taken into custody, were interrogated at the airport. Police said some of those held claimed that they were going to Syria's conflict zones to join ISIS.

Twenty of the suspects were deported and the remaning 21 will leave Turkey on Friday.

The Turkish government has intensified its counterterror operations following recent attacks and killings of policemen and civilians.

On October 10, an ISIS-linked militant named Yunus Emre Alagöz conducted a suicide attack in the capital Ankara and claimed the lives of over 103 and left hundreds more wounded. Alagöz was the brother of Şeyh Abdurrahman Alagöz, perpetrator of July's bombing in Suruç district of southeastern Şanlıurfa province, which claimed the lives of 32 and left many injured.

Along with ISIS, Turkey has been fighting PKK and other leftist terrorist organizations.
Last Update: Nov 06, 2015 1:09 am
RELATED TOPICS