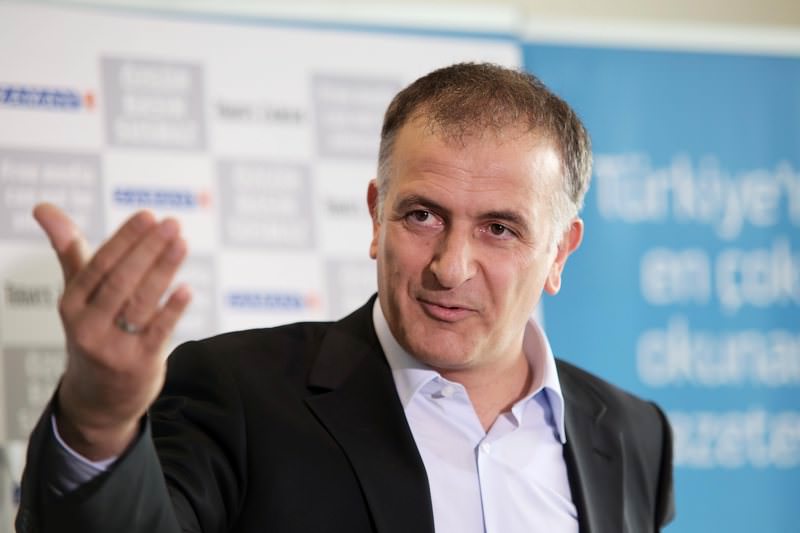 by daily sabah
Nov 11, 2015 12:00 am
As part of the fight against illegal organizations in the country, the government is continuing to crack down on the Gülen Movement's prominent figures as they disappear one after another. Arrest warrants are also being issued for the fugitives.

The court's decision came late Wednesday as part of an ongoing probe against the Selam-Tevhid organization – a group accused of wiretapping senior government figures, including the prime minister, the head of the National Intelligence Organization, cabinet ministers, and journalists, through serving state officials.

Previously, a warrant was issued on Istanbul Deputy Chief Prosecutor İrfan Fidan's request to inquire Dumanlı over charges of "conveying the order of Fethullah Gülen, the leader of the FETÖ terrorist organization, to group members" and "molding public opinion by using media as a tool."

The former editor's whereabouts are unknown and the police have been searching for Dumanlı for the past two months. The reports suggest that since Sept. 18, Dumanlı has not been using a cell phone, going to his home or the newspaper's building in order to avoid police surveillance.
In addition, an arrest warrant was also issued on Wednesday for journalist Tuncay Opçin, who previously fled to the United States. Prosecutor Gökalp Kökçü, who has been carrying out an investigation into the allegations about the Sledgehammer (Balyoz) case, ordered the arrest of journalist Opçin. Opçin was previously working at the Bugün daily, for which trustees were appointed upon its alleged links with the controversial Gülen Movement.

An arrest warrant for another journalist was issued back in February 2015 when Prosecutor İrfan Fidan ordered the arrest of Emre Uslu. Uslu became part of the investigation under the suspicion of joining a terrorist organization that allegedly aims to overthrow the government and spies on high-level state authorities.

The Gülen Movement is a transnational movement led by the U.S.-based imam Fethullah Gülen. It is accused of wiretapping thousands of people including government officials and encrypted phones. It has over 140 private schools around the world including in the U.S., Europe, Asia and Africa. It has been accused of infiltrating state institutions in Turkey and trying to overthrow the government. Government officials have continuously expressed their determination to continue to lawfully fight the Gülen Movement, whose followers are accused of infiltrating state institutions to gain control of state mechanisms and illegal wiretapping, forgery of official documents and spying.
Last Update: Nov 12, 2015 2:47 pm