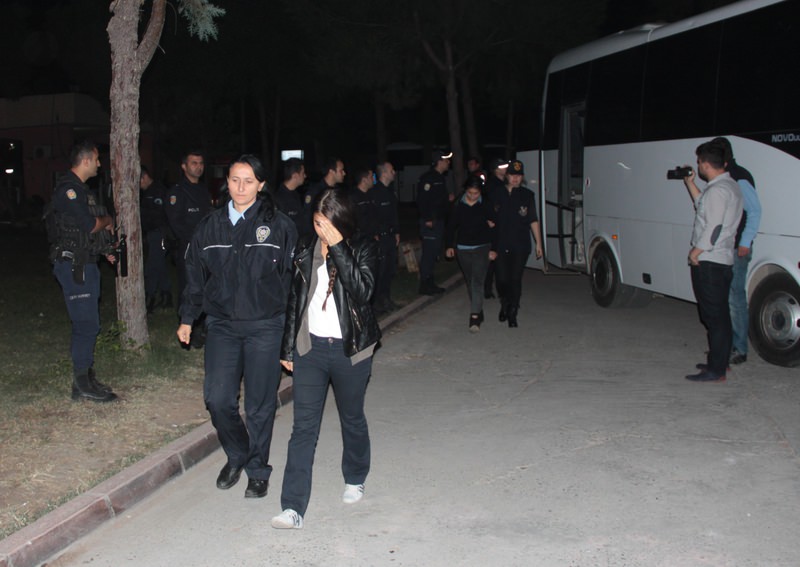 by daily sabah
Nov 14, 2015 12:00 am
Turkish police detained 39 suspects on Saturday under the scope of an operation carried out against terrorist organization PKK's youth branch Patriotic Revolutionist Youth Movement (YDG-H) in Adana.

The counter-terrorism units reportedly detained the 39 suspects, including 11 women, after the police were informed that the group was planning to launch violent protests.

Suspects were taken to the Adana Police Department for interrogation.

The PKK is recognized as a terrorist organization by Turkey, the United States, and the European Union. Turkey was long plagued by the PKK's bloody campaign of terror for Kurdish self-rule in the southeast and killed tens of thousands of people over three decades.
Last Update: Nov 14, 2015 11:56 pm