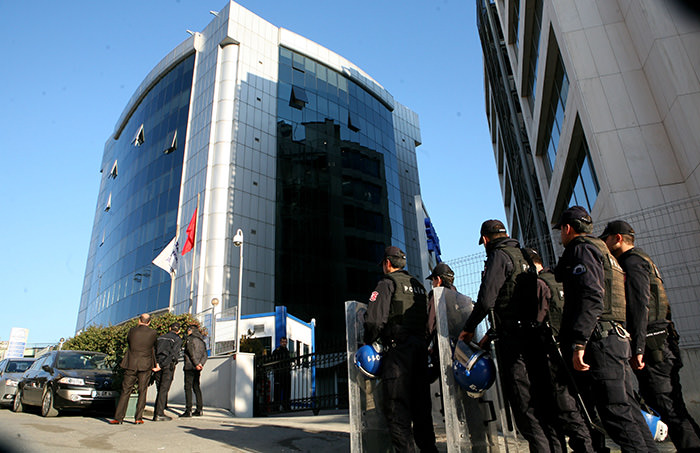 |Sabah Photo
by daily sabah
Nov 18, 2015 12:00 am
At the request of the Istanbul Public Prosecutor's Office, the Istanbul Criminal Court of Peace decided on Wednesday to assign trustees to administer Kaynak Holding, which is alleged to have links with the Gülenist Terror Organization (FETÖ). The decision covered 19 subsidiaries, one foundation and one association connected to the holding.

The trustees entered the administrative buildings of Kaynak Holding in Istanbul's Üsküdar, Bağcılar and Bayrampaşa districts along with police officers from the Financial Crimes Struggle Branch of the Istanbul Police Department.

In October, another Gülen-linked company, Koza İpek Holding, was assigned trustees. The holding company was found to have a seemingly legal structure that launders money through an international method known as "Smurfs."

The FETÖ is accused of conspiring against the state, wiretapping thousands of people including government officials and encrypting phones. The organization has been labeled a threat against the country's national security. According to Turkish law No: 6415, as part of the United Nations Security Council's regulation regarding the prevention of financing terrorism, providing financial support to a terrorist organization is a crime; thus, operations can take place accordingly and assets can be frozen.