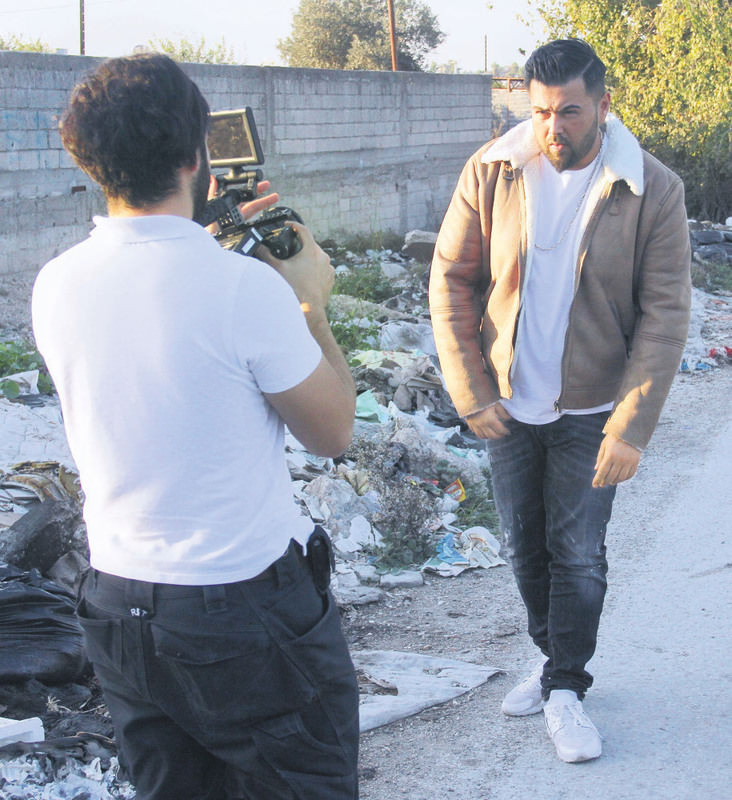 by Nov 23, 2015 12:00 am
Police in Adana raided the filming of a music clip by German singer of Turkish origin, Cem Toraman (above), also known as Summer Cem, after neighbors who saw armed extras with balaclavas alerted the authorities.

According to reports, Toraman wanted to film his latest music clip in the Seyhan neighborhood of Adana. As part of the scenario, armed men trying to stage a robbery start a firefight. As soon as the filming began, with armed men jumping out of cars and start firing, neighbors naturally assumed the worst and called the police.

The police immediately launched an operation to find the armed men, sending dozens of officers and armed vehicles to the neighborhood. The police followed the sound of the gun fire, only to find Cem Toraman signing. When asked what was happening, the singer explained that he was a German singer filming a video clip. When asked whether he had the necessary authorization from the governor's office to film, the singer said no and then was told to stop.

Speaking after the altercation, Toraman said: "We were told to stop because of the gunfire. We will apply to the governor's office tomorrow. We came form Germany so didn't know we had to get permission. All the guns and balaclavas are props. We now know better."

Toraman, 32, whose parents are from Malatya, was born in Mönchengladbach and worked with artists such as Eko Fresh and Bushido. He has a solo album "Sucuk&Champagner." His popularity rose with his song "Hayvan" (Animal in Turkish) featuring KC Rebell. His music clips usually get about 10 million hits on Youtube.
RELATED TOPICS