Gülenist businesses in US face scrutiny over terror financing 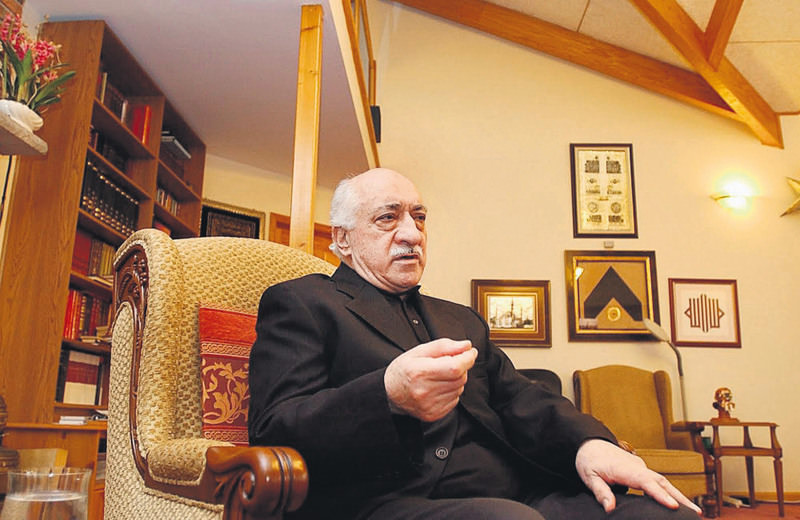 Turkey took its fight against the Gülen Movement, whose members face terror charges in Turkey, to the United States, by cooperating with U.S. authorities to probe Gülenist economic activities in the country where the movement runs a network of schools

Turkey and the United States joined forces against the controversial Gülen Movement, whose followers face terrorism charges for infiltrating top state institutions and attempts to overthrow the government in Turkey. The two countries will cooperate on a probe into the movement's commercial activities in the United States, especially Gülenist schools. The U.S. agreed to share financial information on Gülen-linked companies and money transfers between Gülenist commercial entities. Closer cooperation comes on the heels of a reported discussion between President Recep Tayyip Erdoğan and U.S. President Barack Obama on the sidelines of the G20 Leaders Summit held on Nov. 15-16 in Antalya, Turkey.

Turkish media had reported that Erdoğan urged Obama to cancel the residence permit of the movement's leader, Fethullah Gülen, who currently lives in Pennsylvania in self-imposed exile, and deport him. The Gülen Movement, defined in indictments as the Gülenist Terror Organization (FETÖ) in Turkey, is accused of masterminding a plot to overthrow the government Erdoğan led in 2013 as prime minister.

The inquiry into Gülenists in the United States will include cooperation between the two countries to prevent financing terrorism.

Under new cooperation efforts, the Internal Revenue Service (IRS) will provide account information of companies linked to Gülenists including names, addresses and payments made through the accounts in order to shed light on money transfers between Gülenists in the United States. Gülenists already face charges in Turkey for extorting money from businesspeople with threats and blackmail and it was alleged that followers of the movement were forced to donate to Gülenists to finance the organization's activities.

The FBI has already been investigating fraud concerning schools affiliated with the Gülen Movement. The investigation is looking into allegations that the charter schools diverted state funds it acquired to individuals and institutions affiliated with the movement. Concept Schools, which were probed by the FBI, operate 19 charter schools in several states and the Cleveland branch of the FBI is leading the investigation into alleged financial wrongdoings. The school chain founded by Turkish nationals has denied links to the movement. A U.S. congressman had also asked about the FBI investigations into charter schools, echoing concerns from some U.S. taxpayers concerned over the misuse of funds supplied to charter schools.

The IRS will cooperate with its Turkish counterpart to facilitate tracing money transfers as part of an international tax compliance agreement between the two countries for financial intelligence. U.S. authorities will provide up-to-date information about Gülen Movement-linked companies in an effort to curb money transfers by companies that act as fronts for funneling money to illegal activities of Gülenists. Turkish authorities especially focus on schools in the United States, as the Gülen Movement's international commercial activities are largely private schools.

Sources said Gülen schools were downsizing in the United States and are trying to cut costs in other countries following widespread operations against Gülenists in Turkey. Various charter schools in the United States have drawn reaction from several nongovernmental organizations over alleged wrongdoings.

A report by the Center for Democracy and Media found that more than $3.7 billion was allocated to charter schools by the U.S. federal government, but the public was not informed about how many schools received the funds or their amounts. The report said there is "an epidemic of fraud, waste and mismanagement" in charter schools, which are "often policed by proponents of the charter system." The report also claimed to discover "ghost schools," schools that do not exist even though federal grants were allocated to them.Gülen, who claims to pursue a modest lifestyle, is a spiritual leader of a large number of followers who control vast business empires in Turkey and around the world. There are three arrest warrants for Gülen in Turkey for allegations of illegal wiretapping, running an armed organization and attempting to stage a coup. Members of his movement, including infiltrators in the police and judiciary, are accused of wiretapping for the purposes of blackmail or forging evidence to imprison critics of the movement.
RELATED TOPICS