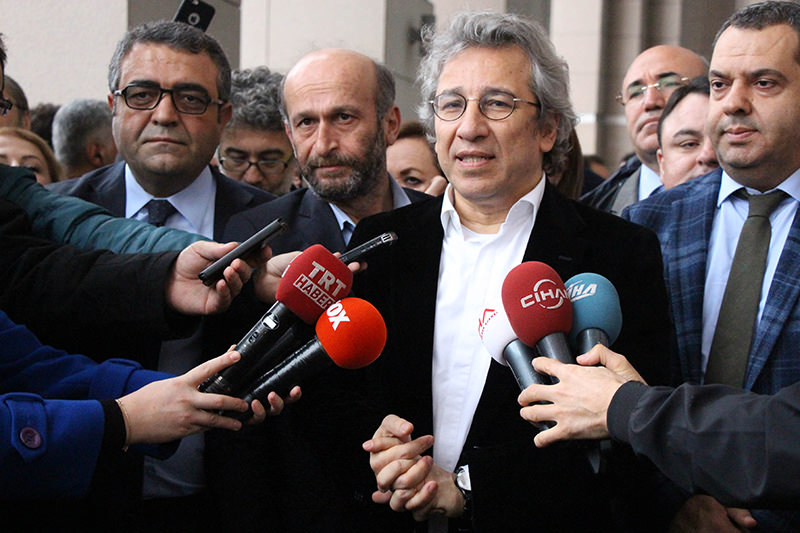 | DHA photo
by Daily Sabah Dec 01, 2015 12:00 am
The Istanbul 8th Court of Peace Tuesday rejected an appeal by Cumhuriyet daily Editor-in-Chief Can Dündar and Ankara Representative Erdem Gül against their arrests, to which they have been subject as a result of their unlawful publications regarding the illegal search conducted on trucks belonging to Turkey's National Intelligence Organization (MİT).

Dündar and Gül have been charged with "providing documents regarding the security of the state", "political and military espionage", "releasing secret documents" and "propaganda for a terror organization." The two have been arrested on Thursday on grounds of supporting terror and espionage.

The trucks were stopped in early January, 2014, in the southern Adana province while they were carrying supplies to Turkmens of the Bayırbucak region in northern Syria's Latakia according to government officials. The raid against the trucks was allegedly carried out by officials linked with the controversial Gülen Movement with the purpose of undermining the government's reputation in the international area.

While an investigation into the raid was underway, Cumhuriyet daily, later joined by several other media institutions, unlawfully published the footage regarding the content found in the raid.

At the time of the raid, the footage regarding the operation and treatment of MİT officials were broadcasted, receiving heavy criticism from the government and the public.