8-yr old tries to save 1-yr old sibling from burning house in Izmir, both die 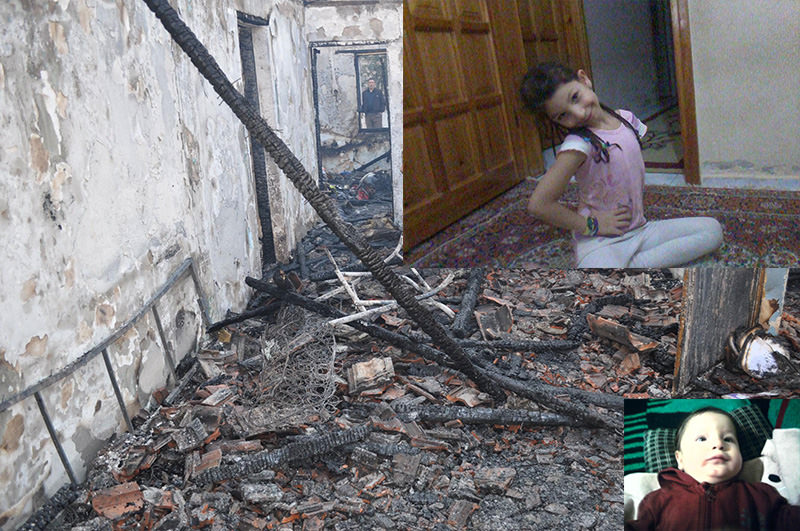 by Daily Sabah Dec 08, 2015 12:00 am
Two children aged one and eight have lost their lives on Sunday after a fire broke out at their house in the western province of İzmir.

As the oldest of five siblings, Helin Çelen (8) rescued her three siblings from the burning house, after which she went back in the house once again to save her youngest brother Emir, aged one. But, before she could do so, the roof of the one-floor house collapsed on them, killing both children.

According to eyewitness neighbors, Helin first awakened her younger siblings, and after taking them outside the house, she told them to go to the hospital nearby their house. At this stage, she reportedly went back inside the house, but never came back.

The parents in the meantime were allegedly at a house of their acquaintance [40 km away] to discuss their potential divorce.

The neighbors reportedly told the police that neither of the parents took good care of the children and "children basically grew up on the street." One neighbor named Ali Sancak reportedly said that he had hosed the house when the fire broke out but it did not help tame the fire.
Last Update: Dec 08, 2015 11:40 am
RELATED TOPICS