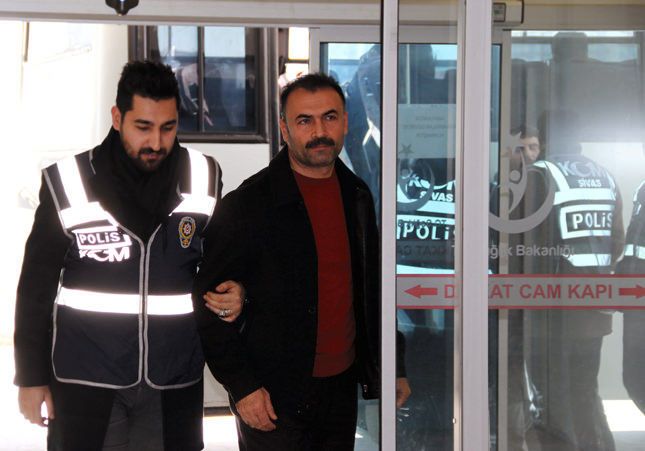 Police launched an operation on Friday to detain 65 people, including prominent figures associated with the Gülen Movement, members of which face charges of terrorism for allegedly attempting to overthrow the government. Only a few suspects were detained, as many had already left the country

Prosecutors stepped up the fight against the Gülenist threat with a new clampdown on people linked to the Gülen Movement, which is accused of terrorism and attempting to overthrow the government.

On Friday, police launched operations in 10 cities on orders from the Ankara Chief Public Prosecutor's Office, which is conducting the investigation into Gülenist Terrorist Organization (FETÖ) "parallel state structure." Police had detention warrants for 65 suspects involved with the organization, including prominent figures associated with Gülenists such as journalist Ekrem Dumanlı, businessman Akın İpek and the president of a private university. Media outlets reported 43 out of 65 suspects had left the country to avoid arrest and only a small number of others were found and detained. The detained suspects include İlhan İşbilen, a former lawmaker for the ruling Justice and Development Party (AK Party), which spearheaded the purge of Gülenists that had infiltrated key posts in the police, government agencies and judiciary with the purported aim of overthrowing the government.

Dumanlı, the former editor-in-chief of Zaman, a fiercely pro-Gülen Movement newspaper, already faced an arrest warrant by an Istanbul court on charges of leading a terrorist organization and plotting to overthrow the government. The warrant is related to an ongoing probe against a group of Gülen Movement-linked suspects accused of wiretapping senior government figures, including the prime minister, the head of the intelligence service, ministers and journalists. Dumanlı's charge sheet in ongoing investigations also includes charges of conveying U.S.-based retired fugitive preacher Fethullah Gülen's orders to the movement. Dumanlı's whereabouts are unknown, and media reports say he might have joined a long list of other Gülen Movement-linked people who fled abroad when the purge against Gülenists started in 2014.

A detention warrant was also issued for İpek, whose business conglomerate Koza İpek Holding was the target of a probe into Gülenists. Trustees were appointed to administer the conglomerate, which has business interests in media and mining, following a court ruling as part of a probe into its links to the Gülen Movement that started in August. İpek's companies are accused of financially supporting Gülenist activities and disseminating propaganda for the FETÖ. İpek is reportedly in London where he moved after the investigation started into his business empire.

Professor Şerif Ali Tekalan, president of Fatih University, which is linked to the Gülen Movement, is also wanted by police. Other suspects include imams, Gülen's point men tasked with carrying out his orders for followers in the police, judiciary and business circles. Cemil Koca, a suspected imam responsible for schools, and Bekir Baz, an imam coordinating Gülenists activities in western Turkey are among those wanted by police. Baz was already targeted in a July operation against the FETÖ in the city of İzmir although the police were unable to locate him.

The Gülen Movement is a transnational movement led by Gülen who has lived in the United States since 1999. The movement is accused of wiretapping thousands of people, including government officials and encrypted phones through its infiltrators in the police, and other wrongdoings, ranging from blackmail to extortion and imprisonment of influential movement critics with sham trials orchestrated by judges and prosecutors linked to the movement.

Government officials have often expressed their determination to continue to lawfully fight the Gülen Movement, dismissing criticism by the movement's followers who say it is a witch hunt against the group.

Operations against Gülenists date back to last year in the aftermath of two probes against top government officials launched by Gülen Movement-linked prosecutors and police in December 2013. Dozens of suspects, including sons of then Cabinet ministers, were rounded up in two investigations, which were later dismissed. The government has accused Gülenists of attempting to overthrow the government by implicating top officials in inquiries. Gülenists were reportedly responsible for a string of coup plot trials that led to the arrest and imprisonment of dozens of generals on forged evidence.