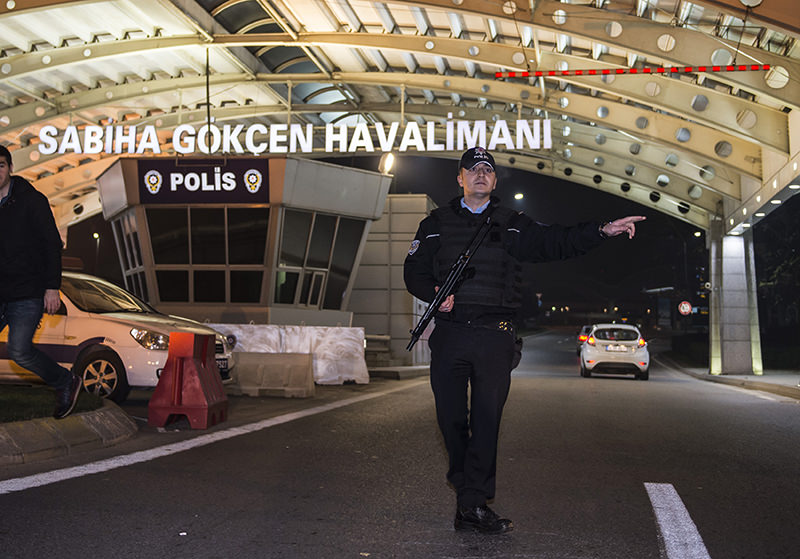 Chief prosecutor Fahmi Tosun said in a statement Thursday that his office did not make any such claims about the cause of the explosion to any media organization.

"Our file does not include information that the attack was carried out by mortar fire, and no statement has been made by our office to any media," the statement said.

Thirty-year-old airport cleaner Zehra Yamaç died when she suffered a fatal head injury in the blast.

Her colleague, Canan Çelik, 33, survived with a hand injury.

It remains unclear who carried out the attack or if the assailants have any connection to a terror organization.

However, a PKK-affiliated hardliner terrorist group called TAK claimed responsibility for the attack amid ongoing fierce clashes with security forces in Turkey's southeast since July 22.

The attack at Sabiha Gökçen, which handles both domestic and international flights and is owned by Malaysia Airports, fatally wounded a cleaner on a plane belonging to budget carrier Pegasus.

Turkey has stepped up security at its international airports as it has tried to prevent foreign fighters, hidden among the millions of tourists who visit each year, seeking to cross its territory and join the ranks of Daash in Syria.