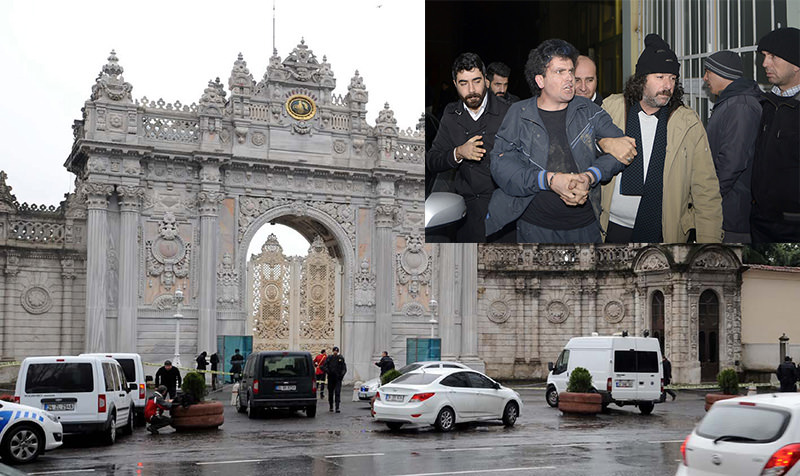 by Daily Sabah with AA Jan 13, 2016 12:00 am
An Istanbul court has jailed a man convicted of an attempted gun and grenade attack on police officers standing guard at the city's historic Dolmabahçe Palace last year.

Istanbul's 14th High Criminal court handed down an "aggravated life sentence" to Fırat Özçelik on charges of "attempting [to change] the constitutional order with force and violence on behalf of the armed DHKP/C terror organization".

The organization, also behind the 2013 bombing of the U.S. embassy in Ankara, claimed responsibility for the attempted attack on Istanbul's Dolmabahçe Palace. The group previously said in the statement that Fırat Özçelik, "one of our warriors," carried out the attack.

Founded in the late 1970s, the DHKP-C is designated a terrorist organization by Turkey, the U.S. and the EU. Under the name of The Revolutionary Left (Dev Sol) until 1994, the organization claimed responsibility for a series of high-profile murders, including the assassination of two politicians in 1980.

Thirty-six-year-old Özçelik was arrested in Jan. 2015 after approaching a manned police booth outside Dolmabahçe Palace and lobbing a hand grenade, which failed to explode.

The suspect then tried to shoot at on-duty police officers using a pistol and rifle. However, Özçelik was overpowered when after his gun misfired.
Later, a bomb-disposal squad was called in to defuse two grenades used in the attack.