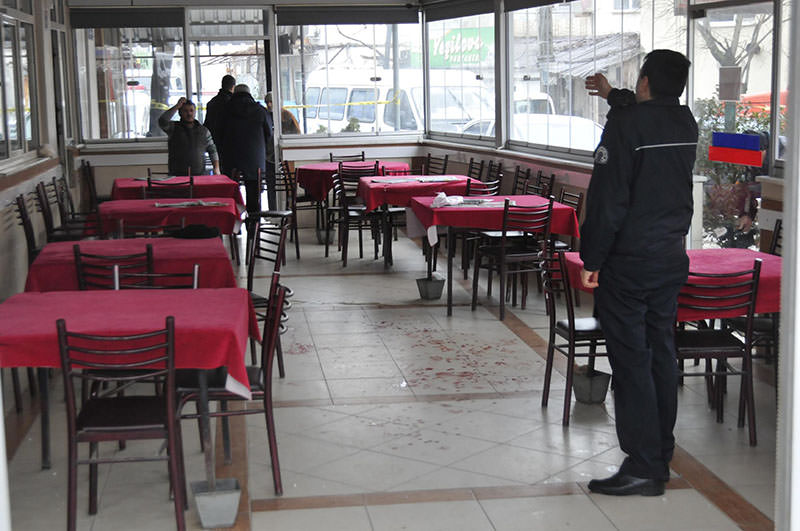 | DHA photo
by daily sabah Jan 18, 2016 12:00 am
A person was injured on Monday in a coffee house, when a suspect fired multiple shots into the place, after he was asked by the keeper to pay the exact amount of his bill, which was two Turkish liras for two cups of tea.

The incident occured in the western province of İzmit in Turkey as the assailant was about to leave the coffee house located in the Yeşilova neighborhood. The unidentified man gave TL 1.50 ($0.49) to the keeper of the enterprise for drinking two cups of tea, which in fact amounted to 2 Turkish lira.

The customer got furious over the keeper's asking for an extra 50 kuruş (TL 0.50), and started to argue with him. At this point, other customers got in between the two men, and the assailant was taken out of the cofee house. 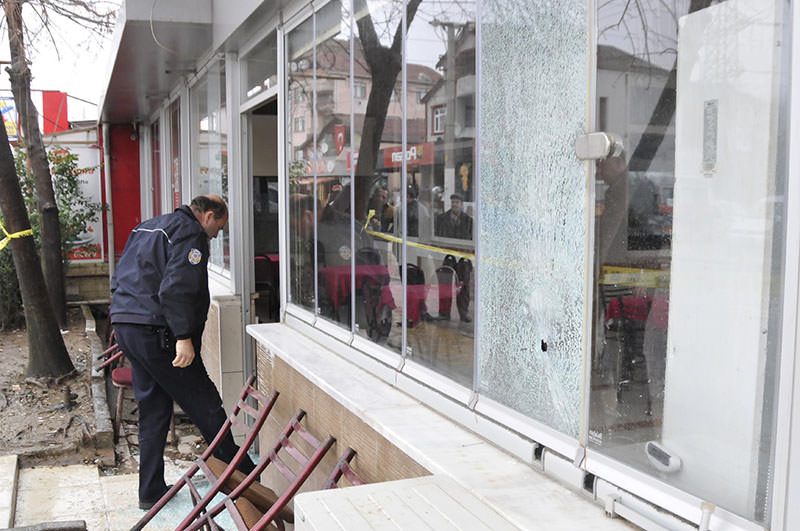 The suspect got into his car, and started to shoot randomly into the cafe. One of the bullets injured a 73-year-old man in the ear, who was present at the cafe. Celal Şar was then taken to the Kocaeli Research hospital for treatment. The windows of the place was also reported to have been broken.

The police launched an investigation into the incident to find the assailant on run.
Last Update: Jan 18, 2016 5:25 pm
RELATED TOPICS