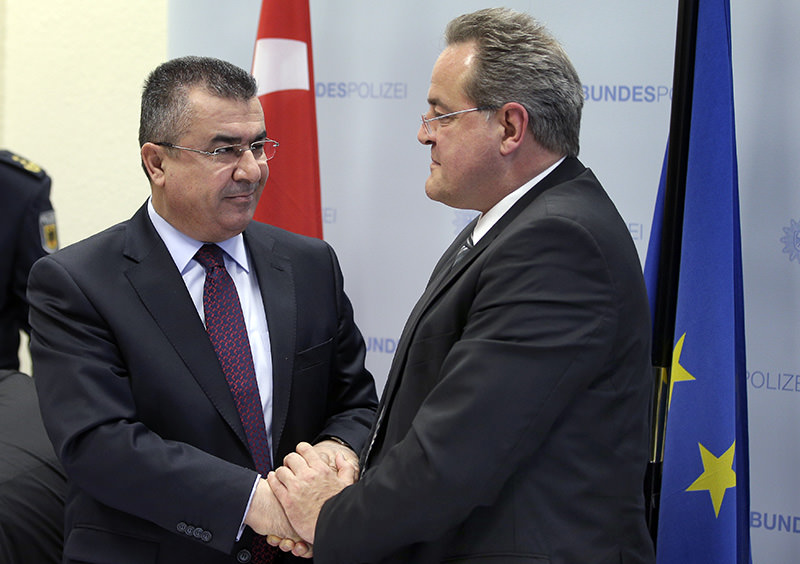 The operation was a major strike against international organised crime fuelling the record migrant wave to Europe, police chiefs from both countries told a press conference at Potsdam outside Berlin.

The human traffickers allegedly bought three old and decrepit cargo ships in Turkey, loaded each with hundreds of paying migrants and sent the vessels on autopilot toward the Italian coast.

Taking up to $6,000 (5,500 euros) from each of the more than 1,700 people, the traffickers acted "not out of an altruistic desire to aid escapes but simply to make money," said Romann.