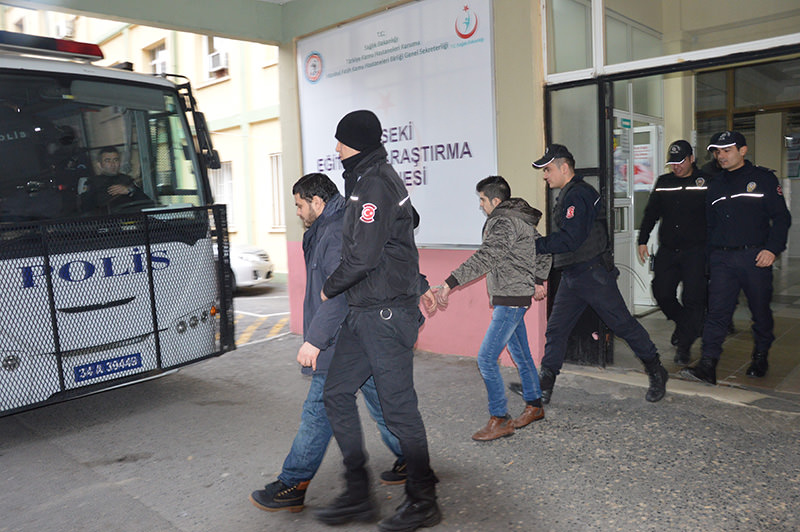 | AA photo
by Daily Sabah with Wires Jan 20, 2016 12:00 am
An Istanbul court has ordered the arrest of two more suspects linked to last week's deadly Sultanahmet suicide bomb attack, raising the number of arrests to 12.

The two suspects were detained in the southeastern city of Şanlıurfa, near the border with Syria, on Saturday, and on Wednesday, the Istanbul Criminal Court of Peace charged the pair with "premeditated murder" and "membership of a terror group".

Last week, 17 suspects were detained by Istanbul police's anti-terrorism department. On Monday, Istanbul's Çağlayan Courthouse ordered the arrest of 10 of them, while six were released under judicial control. One of the suspects was reported to be a minor, so separate proceedings have been ongoing for him.

The morning blast at Sultanahmet Square on Jan. 12 killed 10 people and wounded 15 others.

The bomber was identified as Nabil Fadli, a Syrian national born in 1988, who had registered as a refugee with a migration agency in Istanbul a week before the attack. He is thought to have links to the Daesh terrorist organization, according to the officials.

Following shortly after the bombing, Prime Minister Ahmet Davutoğlu said that all the contacts of the assailant "would be brought out".
Last Update: Jan 20, 2016 5:59 pm
RELATED TOPICS