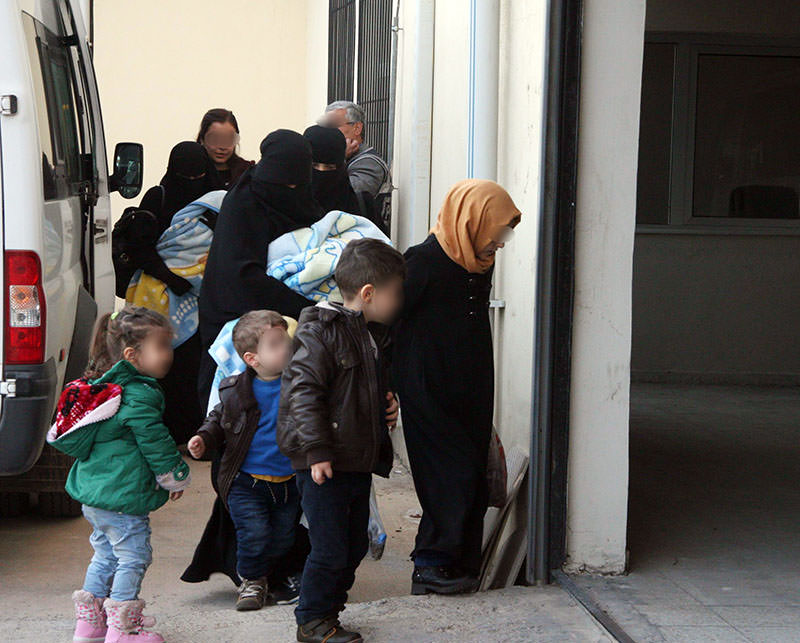 by Daily Sabah with Wires
Jan 24, 2016 12:00 am
Turkish security forces detained 23 people for suspected Daesh links along with 21 children who were trying to illegally cross over from Syria, the army announced Sunday on its website.

The suspects, whose nationalities were not disclosed, were captured on Saturday as they tried to enter the Elbeyli district of Turkey's southern Kilis province, the army said.

"Twenty-three people suspected of being Daesh terror group members, together with 21 children, were caught," said the army in a statement, without giving any other details.

The army reported on Saturday that it had on Friday also captured six Daesh suspects, along with eight children, who were trying to cross illegally from Syria to Turkey in the same area.

According to the Turkish Interior Ministry, 847 suspected Daesh members are currently in custody, most of whom are foreigners.
Last Update: Jan 24, 2016 2:18 pm