Gülenist conspiracy in the spotlight as trial begins 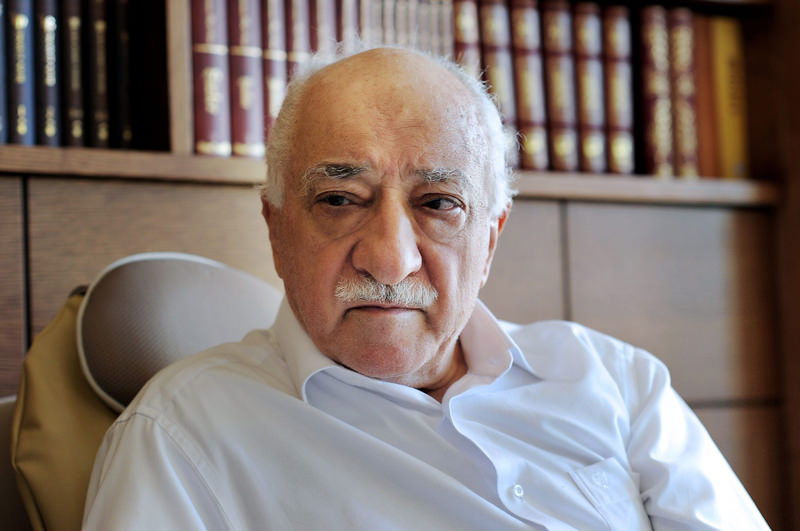 Fethullah Gülen, the U.S.-based Turkish cleric who gained notoriety after his supporters were involved in attempts to oust the government, faces another trial in his native Turkey. Yesterday marked the beginning of the second trial for Gülen and his accomplices in law enforcement who are accused of illegally wiretapping hundreds of people

With his days of influence in the Turkish state over, Fethullah Gülen, the retired preacher who has garnered a cult of followers in Turkey and abroad, now faces another day in court in a conspiracy trial. The 74-year-old cleric, who currently resides in Saylorsburg, Pennsylvania, was the chief defendant in the first hearing yesterday for a trial regarding the illegal wiretapping of hundreds of prominent figures in Turkey, from then prime minister and current President Recep Tayyip Erdoğan, to other senior officials, journalists and renowned figures. Gülen, who has lived in self-imposed exile in the small town of Saylorsburg for more than a decade, did not attend the trial - the second trial in absentia in two months, resulting from charges filed against him and his followers. Former police chiefs, arrested last year, are among the 122 defendants named in the trial.

Gülen and others are charged with organizing a plot to imprison hundreds, in the Selam-Tevhid trial. Selam-Tevhid is the name conspirators gave to the fictitious terrorist organization fabricated to justify the wiretapping of innocent people, ranging from journalists to the prime minister.

Yurt Atayün and Ömer Köse, two former police chiefs, were among 58 defendants who attended the trial, in which 122 people are tried on a array of charges. Atayün and Köse are among the defendants being held for trial, while other defendants were released pending trial. The trial was ongoing as this paper was being published, and it will likely be a lengthy legal process due to the sheer number of defendants. Among the 968 people named as plaintiffs in the trial, names include President Recep Tayyip Erdoğan, Prime Minister Ahmet Davutoğlu, intelligence chief Hakan Fidan, and various other senior politicians, journalists and bureaucrats.

An indictment accepted by the Istanbul court overseeing the trial asks that aggravated life sentences be given to Gülen and others, on charges of attempting to overthrow the government. The charges stem from the designation that the group linked to Gülen - the Gülenist Terror Organization / Parallel State Structure (FETÖ / PDY) - is a terrorist organization. Terror charges in Turkey carry a life sentence. The Gülen Movement, which began as a religious group which runs a network of schools around the world, has found itself in hot water since it was revealed that the cult had infiltrated within local law enforcement, the judiciary and key posts in the state. Through these infiltrators, the group attempted to imprison its critics as well as various members of the Turkish government on trumped-up charges and forged evidence, according to several indictments against the Gülenists.

The Selam-Tevhid case is a blatant example of the Gülenist attempt to imprison those who oppose the controversial movement, according to critics. Gülenists are accused of plotting against their opponents by fabricating incriminating evidence in other cases, including the Ergenekon case, which saw hundreds of military officers, journalists, academics and others imprisoned on charges which were later dropped.

Gülen and others are also accused of obtaining confidential information regarding national security in the Selam-Tevhid case. Other charges they face include the violation of privacy, forgery of official documents, fabricating crimes and hiding criminal evidence. Using Gülenists who were working in law enforcement, the movement gained access to the private phone conversations of hundreds of unknowing citizens; including those with close ties to the Turkish government. Media reports indicate that Gülenists intended to monitor their victims for blackmailing purposes and to gain access to confidential information, primarily by wiretapping top officials in the government to ultimately have a wider clout in Turkey.

The Turkish court has issued an arrest warrant in absentia for Fethullah Gülen and Emre Uslu, the former police officer who is accused of masterminding the plot to imprison Gülen's critics. Like Gülen, Uslu is also presumed to be residing in the U.S. The court also issued an international arrest warrant - also known as a red notice - for the two men. Gülen is the prime suspect in a number of other cases, as Turkey prepares to ask Washington to extradite the fugitive cleric.

The first trial against Gülen and his accomplices commenced in December 2015. The former preacher's trial in that case - informally named as "Tahşiye" - is still ongoing. In the case, various police officers along with the Turkish preacher are accused of plotting against a rival religious movement. That group, known as Tahşiyeciler, saw their leader and members imprisoned on trumped-up charges brought by prosecutors linked to Gülenists, according to an official statement.

The indictment also asks for the merging the Selam-Tevhid case with another; namely a case regarding the publication of a controversial article that was published in the Cumhuriyet daily regarding the questionable raid on trucks belonging to the National Intelligence Directorate (MİT), Turkey's intelligence agency. The court is expected to decide whether or not to merge the two cases in the upcoming hearings.

Can Dündar and Erdem Gül, two high-level employees of the Cumhuriyet daily, are accused of espionage in the case of the improperly inspected MİT trucks. The indictment brands the two men as "accomplices" of the Gülenist Terror Organization/Parallel State Structure (FETÖ/PDY), and asks that they be given life sentences on charges of aiding terrorism. Dündar, editor-in-chief of the Cumhuriyet daily, along with Gül, Cumhuriyet's Ankara representative, were arrested last year after publishing a controversial report in 2014, along with footage of an unlawful raid which targeted the trucks, a raid led by officials linked to Gülen. The prosecutors and police officers who conducted the raids remain in detention. The two men were accused of, "creating the perception in Turkey and around the world that the country is aiding a terrorist organization, aiming to associate the government with terrorism," a statement in the formal indictment reads, referring to the trucks which were carrying supplies to the Turkmen community in war-ravaged Syria when they were raided.
RELATED TOPICS