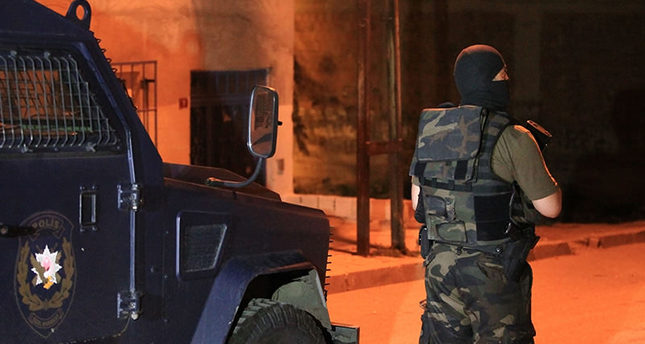 The anti-terror branch of the Istanbul police department carried out simultaneous raids at dawn at 12 different addresses in Istanbul's Esenyurt district, on the European side.

At least six people were apprehended during the operations, according to police.

The suspects were taken to the city's police headquarters following health checks.

The operation came after Thursday's attack which targeted a police team patrolling in Esenyurt. The attack left an officer injured. After opening fire, the assailants escaped, police said.

There have been many arrests across Turkey since the July 20 Suruc suicide bombing that killed dozens of people; most of the suspects detained have alleged links to terrorist groups such as the PKK or Daesh.