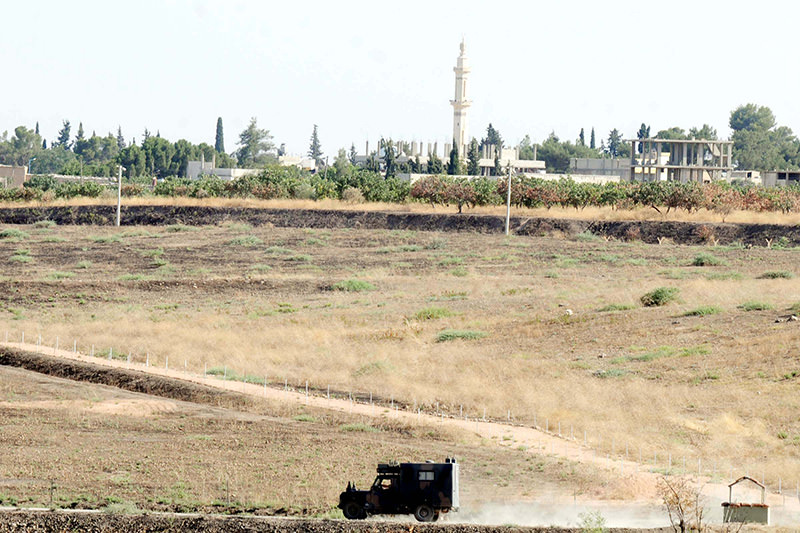 The Turkish army has announced that 34 Syrians were captured late on Tuesday as they attempted to sneak into Turkey with explosives and suicide bomb vests. Though their links were not announced, the detainees hail from a Daesh-controlled area in Syria, raising suspicions that the group, blamed for a string of bombings in Turkey, may strike again

The army said in a statement that 34 suspects were trying to cross into Turkey via Oğuzeli, a district of the southern Turkish province of Gaziantep. Four suicide bomber vests and 15 kilograms of explosives of an unknown type were found in their possession. The Turkish media said the materials were found in two bags during an operation by troops patrolling the border near the Ermiş border outpost. Media reports said four men, 10 women and 20 children were among those intercepted.

Due to its proximity to Syria and Iraq where the terrorist group is active, Turkey is exposed to threats from DAESH, which classifies the country among its many enemies. The group's clashes with rebels occasionally spills over into Turkish territories, while Turkey struggles to keep its lengthy border with war-torn Syria well-protected with walls and firepower.

In January, the Turkish army struck DAESH targets along the border with Syria and Iraq, killing 200 terrorists. The attack was in retaliation for a deadly suicide bombing that killed 11 German tourists in Istanbul's Sultan Ahmet Square, in January. The attack was the latest to be blamed on the terrorist group, which launched its first major attack against the country in July 2015, when a suicide bomber affiliated with the group killed 32 in a rally in Suruç, a Turkish town bordering Syria. It was followed by twin bombings in Ankara, again at a rally, on Oct. 10. The bombings killed 102 people in the capital, the deadliest in recent memory.

Also in January, DAESH militants opened fire on a Turkish military outpost in the border province of Kilis.

Turkey has listed the group as a terrorist organization since 2013. So far, more than 3,300 suspects have been investigated for links to DAESH and other extremist groups.

According to the Turkish Interior Ministry, 847 suspected DAESH members are currently in custody, most of whom are foreigners.

Turkey is also under risk from a flow of foreign recruits to the group in Syria. The latest figures show some 27,000 people from more than 100 countries were stopped as they attempted to travel to Syria to join the militants.

Authorities say more than 207,000 people were captured on the border while attempting to cross into Turkey as of December, 2015. Those include suspects not affiliated with DAESH, but it is a well-documented fact that members of the terrorist organization hailing from Western countries leave Syria to return home, often in attempts to stage attacks in Western countries.