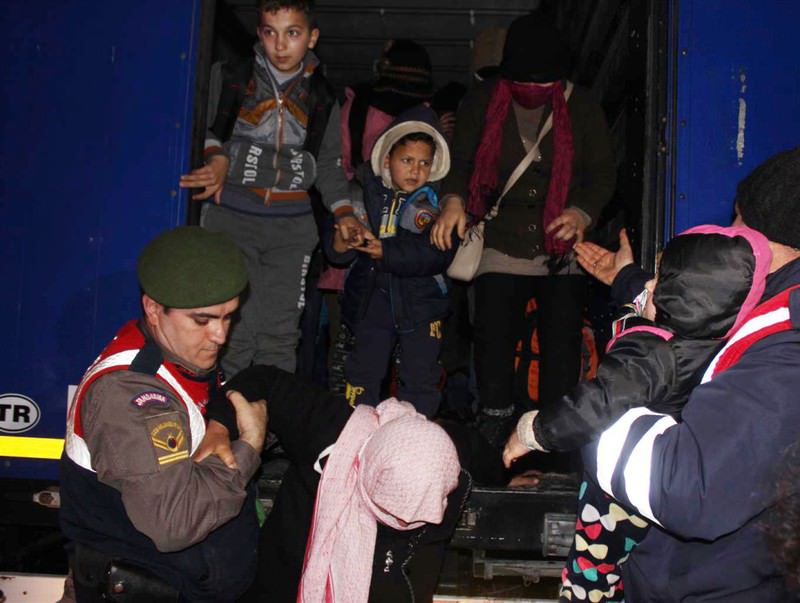 by Daily Sabah Feb 15, 2016 12:00 am
Ninety-seven refugees, including 22 children, were caught trying to cross the border illegally in a truck's trailer by the police department in Edirne on Sunday.

According to information acquired from the Edirne police department, traffic police stopped a truck driven by Sait Ç. on its way to the Kapıkule Border Gate due to improper passing.

The authorities that checked the trailer of the truck due to the driver's suspicious behavior discovered nearly 100 refugees trying to cross the Turkish-Greek border illegally. Reportedly, the truck driver picked up the refugees in Selimpaşa, Istanbul.
RELATED TOPICS