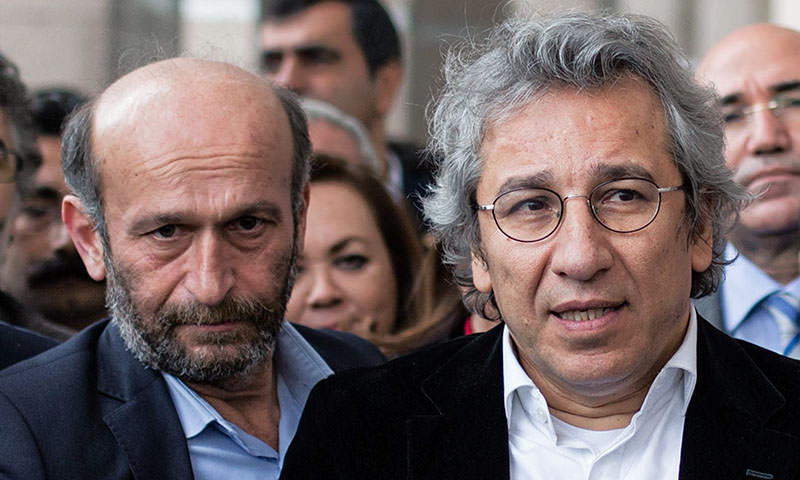 by Daily Sabah Feb 25, 2016 12:00 am
Cumhuriyet daily's two high-level employees Can Dündar and Erdem Gül have been freed in the early hours of Friday after Turkey's top court ruled that their detentions had violated their rights.

Turkey's Constitutional Court gathered on Thursday and decided by a majority of votes (12 against three) that there has been an infringement of rights regarding the arrests of Cumhuriyet daily's two high-level employees Can Dündar and Erdem Gül.

Dündar, who serves as editor-in-chief of Cumhuriyet, and Gül, who serves as Cumhuriyet's Ankara representative, were arrested last year after publishing a controversial report regarding the National Intelligence Organization (MİT).

Dündar and Gül were responsible for publishing footage regarding an unlawful raid that targeted trucks belonging to the National Intelligence Agency (MİT) in early January 2014.

Dündar and Gül then petitioned to the Constitutional Court for their release, indicating that they were subjected to a violation of their rights.

Despite their release on Friday, the two journalists are still facing possible life sentences at a trial which is due to start on March 25. They are also banned from leaving the country.
Last Update: Feb 26, 2016 10:03 am
RELATED TOPICS