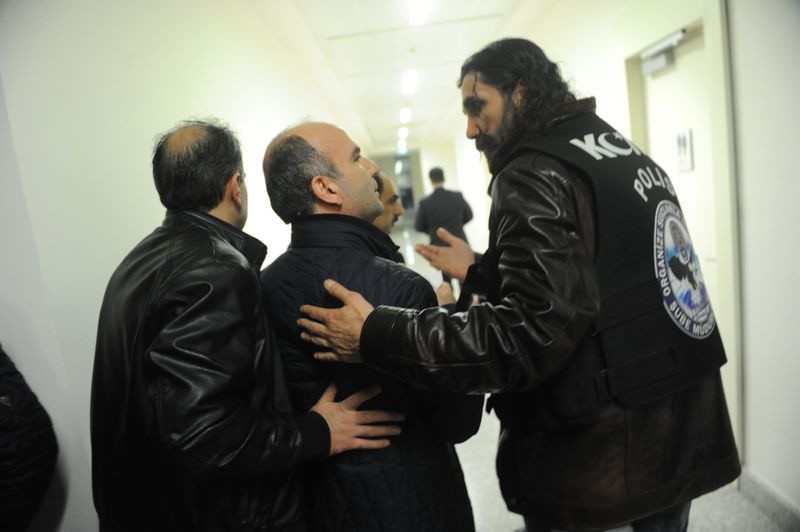 by Daily Sabah with AA Mar 05, 2016 12:00 am
Police dispersed a group of protesters late on Friday who had gathered outside the building of the Feza Gazetecilik media group in Istanbul's Yenibosna area after it was placed under the control of a trustee panel.

Earlier on Friday, an Istanbul court had decided to appoint trustees for Zaman newspaper which is being accused of supporting a criminal organization led by U.S.-based cleric Fetullah Gülen.

The company is accused of supporting what is called the Gülenist Terror Organization (FETÖ), headed by U.S.-based preacher Fetullah Gülen, who is said to have infiltrated Turkey's state apparatus with thousands of followers in an effort to overthrow the government.

FETÖ is also known as the parallel state, which designates a clandestine group of Turkish bureaucrats and senior officials, allegedly embedded in the country's institutions, including the judiciary and the police.
Last Update: Mar 05, 2016 3:12 pm
RELATED TOPICS