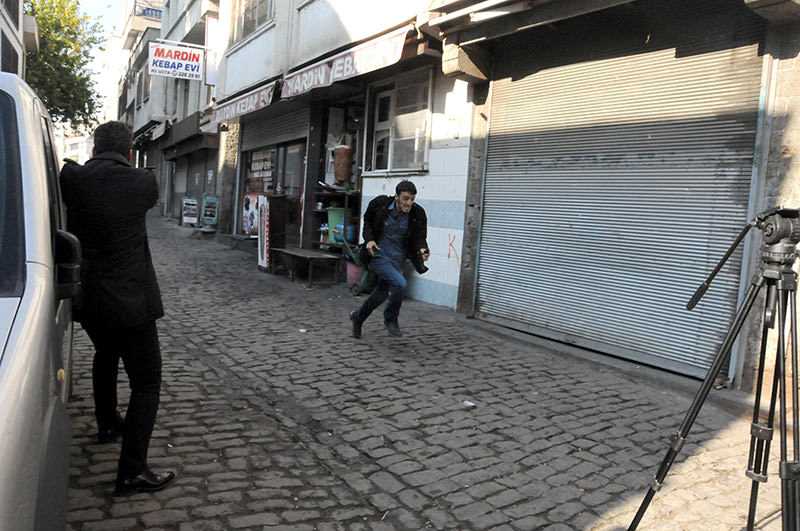 One of the PKK terrorists who killed two police officers on Nov. 28, 2015, and led to Diyarbakır Bar Association head Tahir Elçi's death while clashing with the police afterwards, was killed in an armed clash with security forces on Sunday.

Mahsun Gürkan was among the group of seven PKK terrorists who were killed in clashes in Sur district of southeastern Diyarbakır province on Sunday, according to the investigation carried out by Diyarbakır's Public Prosecutor. He was previously identified as a member of the YDG-H, the so-called youth wing of PKK terrorist organization that has had an active role in recent urban clash tactics applied by the terrorist group since July 2015.

On Nov. 28, Gürkan and other terrorist killed police officers Ahmet Çiftaslan and Cengiz Erdur, who were suspicious of the taxi the terrorists were in and tried to stop it.

As terrorists were trying to escape, they entered to the street where Elçi and the accompanying group were making a press statement against the armed clashes and the damage done to landmarks in Diyarbakır's historic Sur district. After a brief gunfire exchange with police officers that were present for the security of press statement, Gürkan managed to escape, while Elçi was found lying on the ground as he was shot in the head.

The group which includes Gürkan is among the few remaining PKK groups in the district, in which a curfew was imposed on Dec. 11, 2015. According to a statement released by the Turkish General Staff over the weekend, 264 terrorists were killed and 345 explosive devices were defused in Sur since the operations began.

Elçi, whose death sparked outrage throughout Turkey, was born in 1966 and started his career in 1992, with a special focus on criminal law and human rights law. Elçi also served as an executive between 1998 and 2006 in Diyarbakır Bar Association, before assuming the post of chairman in 2012.

Elçi was an outspoken critic of state policies in Turkey's Kurdish question. In a recent televised debate on Oct. 14, Elçi described the PKK as "an armed political movement with political demands" and received 'wide support' from the public. He was referred to court for arrest for his remarks, and was released on the condition of an overseas travel ban.

Nevertheless, Elçi was also a critic of the urban clash tactics imposed by PKK and its armed youth wing YDG-H since July, which brought life to a halt in entire towns and cities in Turkey's southeast.