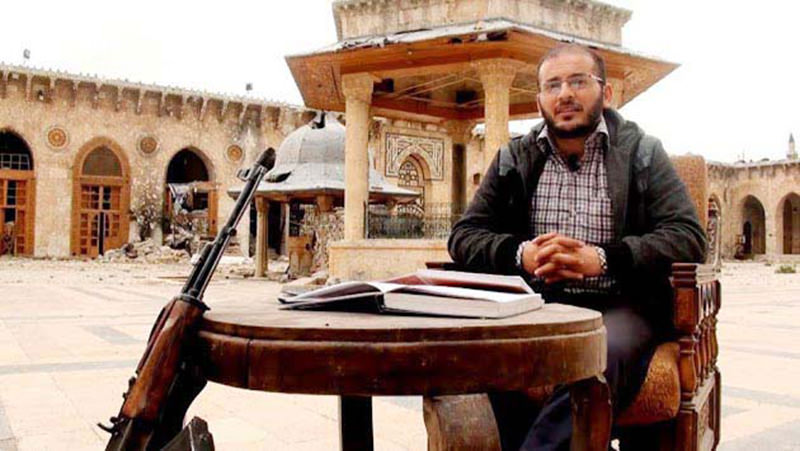 Syrian journalist Muhammed Zahir al Shurgat, who was shot in the head by a masked attacker in the southeastern Turkish province of Gaziantep on Saturday, died of his wounds at the hospital on Tuesday.

Shurgat was walking down a street in the southern Turkish city of Gaziantep close to the Syrian border when he was targeted by a suspected Daesh member wearing a mask, Anadolu Agency reported. Investigation on the incident still continues.

Daesh's semi-official al-Amaq news agency claimed the terrorist group carried out the attack using a gun with a silencer. The terrorist group has been behind other attacks on journalists and activists in southern Turkey in recent months, causing concern among Syrians and reporters in the area. Al-Amaq recalled that Daesh terrorists assassinated critics in the past.

Naji Jerf, a Syrian filmmaker who worked on exposing life under Daesh control, was killed in December in Turkey. In October the terrorist group took responsibility for killing two Syrian journalists in Şanlıurfa, also in the south, near the border. In January, it was made public that Daesh had killed Ruqia Hassan, a 30-year-old female journalist and activist who reported from inside Raqqa, the terrorists' de-facto capital in Syria.

Al-Shurqat worked for a channel called Aleppo Today TV which is strongly opposed to Daesh militants who have taken control of much of Syria's northern Aleppo province.

He was immediately hospitalized and is in intensive care, the Turkish reports said, without giving further details.

According to Ibrahim al-Idelbi, a Syrian activist in Gaziantep, this was the second attempt against Shurqat's life in three months. Idelbi said in Beirut that Shurqat was an opposition commander who had fought against Assad's troops and a media activist in his home town, Al-Bab, until Daesh took over. He became a journalist with Aleppo Today after he moved to Turkey.

Citing a friend who visited Shurqat in hospital in the southern Turkish city, Idelbi said he was "still alive".

Another activist, Assaad al-Achi, confirmed the report. "When Daesh took control he started a programme on Aleppo Today against Daesh," he said.

Turkish police have studied security camera footage and interviewed witnesses and believe the shooting was carried out by a member of Daesh.