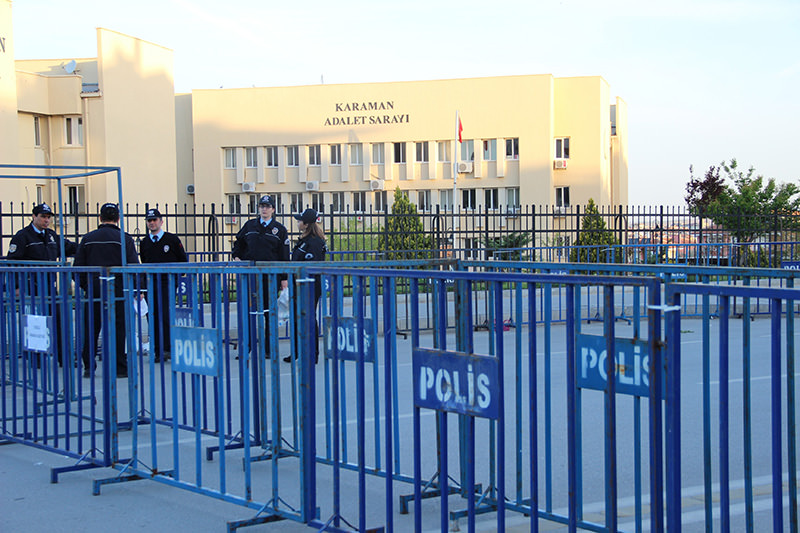 A court on Wednesday issued a historical 508 years and three months prison term for a teacher accused of sexually abusing 10 male children in central Karaman province.

The trial of Muharrem B. began on Wednesday in the central province of Karaman, where the abuse took place.

The court handed down Muharrem B.'s jail sentence over offenses including sexual abuse of children, restriction of freedom, felonious injury and displaying indecent footage to children.

The public prosecutor asked for the defendant to be sentenced with up to 600 years in jail for sexual assault of a child as well as other acts of sexual abuse.

During the trial at the Karaman Heavy Penal Court, Muharrem B. rejected the accusations directed against him, and confessions in his statement, claiming that the children abused each other and he is being blamed for it.

Due to security concerns raised by the case, local police took strict security measures in Karaman ahead of the trial, as a large crowd of monitors from several nongovernmental organizations swarmed the city. The court also issued a ban on reporters attending the trial, however, they were admitted to the courtroom before the verdict was announced. Authorities have also banned rallies throughout the day out of fear of possible riots, which are common in high-profile cases. Muharrem B. was scheduled to appear before the court via video link from his prison cell but the court later ordered him to personally appear in court.

Along with the scale of the abuse, the case has transformed into a highly political one due to the conservative profile of these NGO's, which insist that this incident was an individual case, and the community behind these NGO's should not be defamed as a whole. This opinion has also been repeatedly voiced by government officials.

However, the opposition and various rights groups accuse these NGO's and the government of systematically ignoring the abuse that took place in illegally established houses that were supported by local authorities. It has also been claimed that the scale of the abuse in Karaman may have reached up to 45 children, and there are thousands of such houses in Turkey.