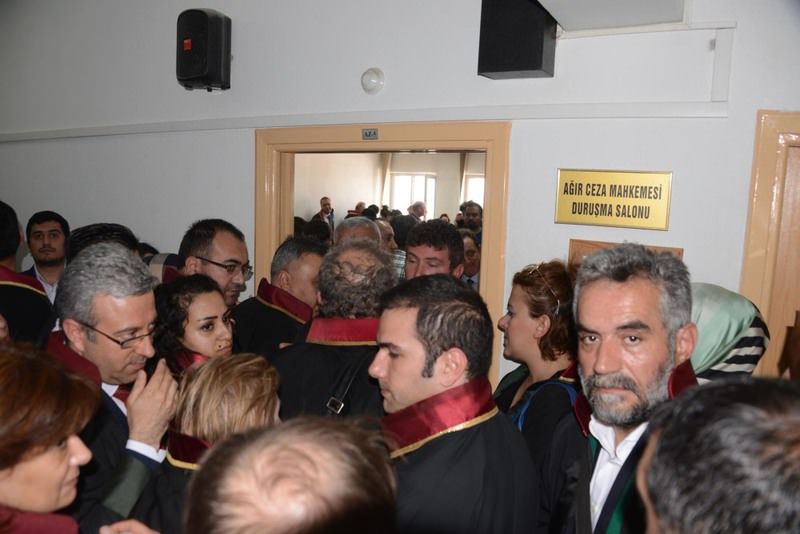 Muharrem Büyüktürk, a teacher accused of sexually abusing 10 school children as young as 12, was sentenced to 508 years, or five life sentences, in prison in a case that sent shockwaves across Turkey and prompted a defamation campaign against a prominent charity to which the suspect was allegedly linked. The trial of Büyüktürk, a teacher accused of sexually abusing 10 male students, began and ended yesterday in the central province of Karaman, where the abuse took place.

The 54-year-old suspect in the case briefly volunteered for a charity in 2013, prompting a defamation campaign against the Ensar Foundation, a renowned charity known for providing aid to students across Turkey for housing and scholarships. Ensar's president donned his lawyer's garb Wednesday to defend victims in the trial of Büyüktürk. İsmail Cenk Dilberoğlu, the president of the Ensar Foundation and also a lawyer, decided to address the allegations head on, representing the victims in the case. Dilberoğlu was among a large group of lawyers who arrived in the courthouse in Karaman to represent the victims. The defendant faces multiple life sentences for sexual assault of a child as well as other acts of sexual abuse. He also faced charges for forcing children between the ages of 12 and 14 to watch pornography.

Ahead of security concerns raised by the case, local police took strict security measures in Karaman ahead of the trial, as a large crowd of monitors from several nongovernmental organizations swarmed the city. The court also issued a ban on reporters attending the trial. Authorities have also banned rallies throughout the day out of fear of possible riots, which are common in high-profile cases. Büyüktürk was scheduled to appear before the court via video link from his prison cell but the court later ordered him to personally appear in court.

Media outlets reporting on the hearing quoted Büyüktürk as saying during his first testimony to police in which he admitted his guilt was not true and denied abuse allegations. He said he "simply laid beside the children to relieve them of the stress before important exams." 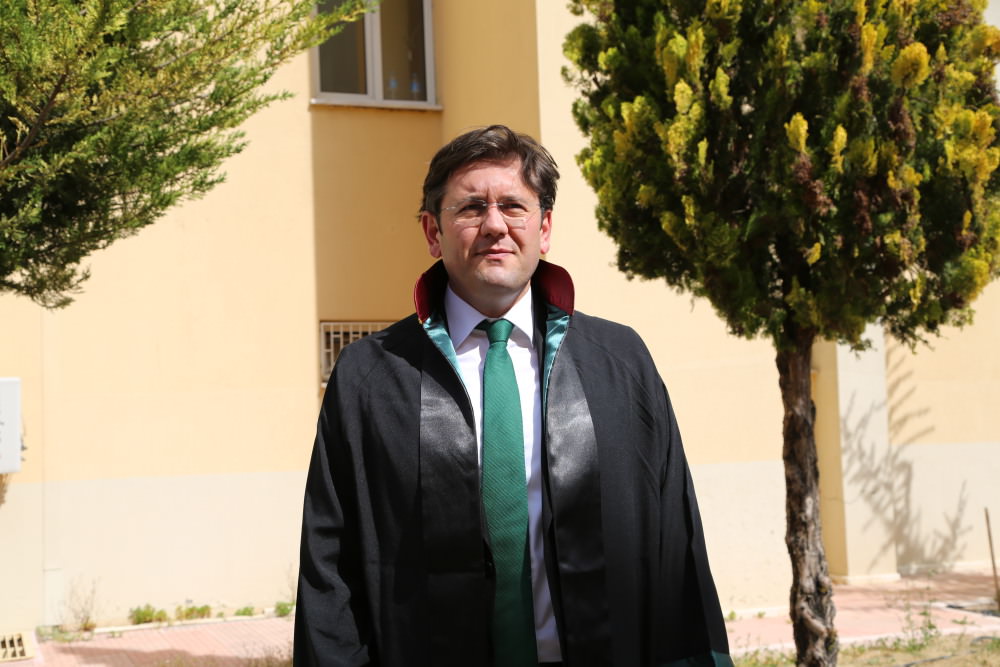 İsmail Cenk Dilberoğlu told Anadolu Agency in an interview a few days before the first hearing of the trial that Ensar Foundation actively pursued legal process for punishment of the suspect. "We are standing by our children and their families. This is a concrete step we are taking as Ensar Foundation. Firstly we submitted an official petition to be filed in the case, which would allow us to be involved in the trials. While standing by our children and their families, we want the suspect to be punished with the most severe charges," he said.

"We are also legal representatives of some of the children, whom I will defend legally during the trial. Some of our volunteer lawyer friends will also be present to protect the rights of the victims on the day of the trial," Dilberoğlu said.

Deputies from the AK Party along with deputies from the main opposition Republican People's Party (CHP), the Nationalist Movement Party (MHP) and the Peoples' Democratic Party (HDP) signed a declaration for a joint motion on the case. AK Party Group Deputy Chairman Bülent Turan spearheaded the motion along with several other deputies, indicating in the court motion said the child abuse problem is "an issue whose solution cannot be delayed or neglected in any way, and that children should be protected from any political or ideological debate." The motion called for an investigation into the effects of efforts to prevent child abuse, and prompt investigation into any case of child abuse, as well as working on additional measures on the issue and developing new solutions to the problem. The motion referred to legal amendments to improve children's rights, and noted that Turkey was party to multiple international conventions for the protection of children and had pursued an integrated policy on the issue since 2011. It also referred to family education programs and special housing for orphaned children as part of boosting children's rights. "Despite all measures, it is worrying that maltreatment of children was not prevented entirely. Maltreatment of children in any way - be it sexual abuse or a simple case of negligence - is a problem, and child abuse is a problem on a global scale," the motion said, stressing that it was duty of the state and families to help children live healthy and safe lives.

Although there are no concrete statistics available regarding the sexual abuse of minors - a crime that often goes unreported due to young victims being afraid to talk with authorities or parents looking to avoid seeing their children be stigmatized, figures reported from law enforcement for 2014 show that sex crimes are the second-most reported crime among underage girls.
RELATED TOPICS