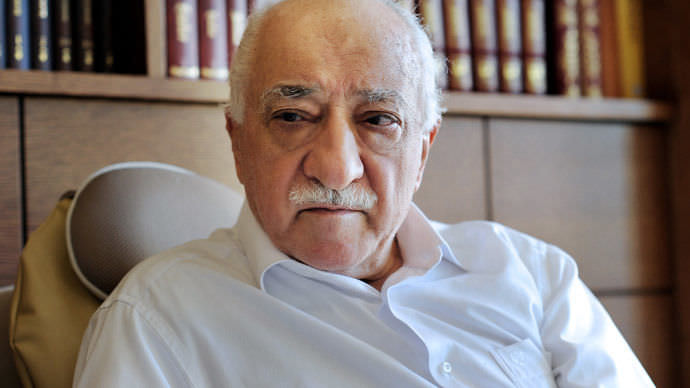 After the investigations regarding FETÖ and the "parallel structure" launched countrywide, most of the high profile suspects are remain at large. The leader of the movement, Gülen, has lived in the U.S. since 1999

The list of suspects who have fled abroad following investigations and lawsuits brought against the FETÖ, also known as the "parallel structure," has grown after police chiefs came under renewed suspicion, according to Anadolu Agency (AA). The article compiled by AA says that a number of suspects, including U.S.-based former cleric Fethullah Gülen, the prime suspect in a number of FETÖ cases, remain at large. The formerly Gülen-affiliated Zaman daily former Editor-in-Chief Ekrem Dumanlı, former chancellor of Fatih University Professor Şerif Ali Tekalan, former deputy police Chief Osman Karakuş, former Şanlıurfa Organized Crime Branch Director Mehmet Likoğlu, former Mutlu Organized Crime Branch Director Ekizoğlu and attorney Halil İbrahim Koca escaped detention after their residences were found empty after warrants were issued for their arrests over links to a conspiracy trial. Dumanlı, Tekelan, Karakuş and Koca are abroad and Likoğlu and Ekizoğlu are either hiding in Turkey or have fled abroad. A travel ban has been imposed to prevent them leaving the country, according to a police statement.

The indictment against FETÖ points to 74-year-old Gülen, the retired imam who has garnered a large following in Turkey and abroad, as the leader of the organization. Gülen has been living in Saylorsburg, Pennsylvania since 1999. Emre Uslu is a fugitive suspected of illegal wiretapping in the Selam Tevhid case while Sinan Dursun is also a fugitive suspect in the trial over the Dec. 25 plot.

Süleyman Karaçöl, a former judge named in the indictment that accused the suspects of running a terrorist organization or having membership in that organization attempting to oust the government, hiding evidence and modifying evidence, forgery of official documents and abuse of duty, was arrested in September 2015 for membership in the FETÖ. Former prosecutor Muammer Akkaş, however, could not be found at his address and it is believed that he has fled the country.

Former Prosecutors Zekeriya Öz, Celal Kara and Mehmet Yüzgeç were dismissed from their duties in May 2015 in accordance with Article 69 of the Judges and Prosecutors' Law No. 2802, which states that judges and prosecutors be dismissed from duty if their acts damaged the honor of their profession and the reputation of their public post. On Aug. 10, 2015, Istanbul's Bakırköy Public Prosecutor's Office issued an arrest warrant for former prosecutors over allegations of attempting a coup and attempting to overthrow the democratically elected government; however, the authorities failed to detain and arrest the suspects as former persecutors Öz and Kara fled abroad prior to the Public Prosecutor's Office's warrant being issued. The former Çorum public prosecutor, who was in charge of conducting the Ergenekon and Balyoz (Sledgehammer) investigations during his time as the Istanbul deputy chief public prosecutor, took leave for 20 days following his temporary dismissal from his duties and went to Amsterdam. Another former prosecutor, Cihan Kansız, fled to Belgium.

Koza-İpek Holding Chairman of the Board Hamdi Akın İpek, who was accused of laundering money through illegal wires to the FETÖ, is reported to have fled to the U.K. on Aug 30, 2015, two days before the operation against Koza-İpek Holding was launched. The FETÖ-linked businessman Abdullah Büyük, who has an arrest warrant issued for him, is said to be seeking asylum in Bulgaria. Ankara has asked for his extradition but a Bulgarian court denied the request. As part of the illegal wiretapping case in which the suspected network led by Gülen is accused of wiretapping senior government figures, including then Prime Minister Recep Tayyip Erdoğan, National Intelligence Organization (MİT) Chief Hakan Fidan, Cabinet ministers and journalists, five suspects are known to have fled abroad. Furthermore, seven out of the 83 suspects, including Gülen, who have warrants for their arrests due to their links to alleged fraud in the 2010 nationwide Public Personnel Selection Examination (KPSS), are currently seeking asylum in other countries. In the second phase of the KPSS fraud case, arrest warrants were issued for 78 more suspects, but four of the suspects are reported to be abroad and two of them are reported to be fugitives in Turkey. Gülen Movement-linked former deputy police Chief Hamza Tosun and former Journalists and Writers Foundation (GYV) Chairman Mustafa Yeşil are also among the suspects who remain at large abroad.
Last Update: Apr 23, 2016 3:01 am
RELATED TOPICS