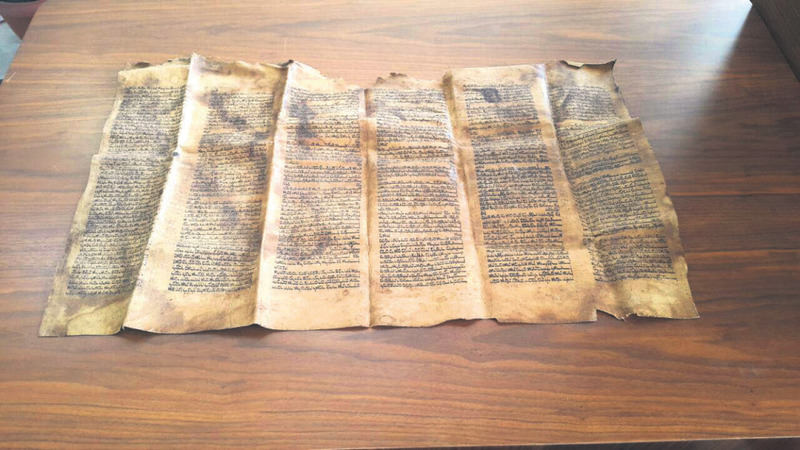 by Daily Sabah with IHA
Apr 29, 2016 12:00 am
A Syrian suspect was detained by police as he attempted to sell a 600-year-old Torah to undercover officers in Istanbul.

The ancient holy book was placed on sale online for $5 million by the suspect identified as Osama Ali T., a lawyer from Syria. The suspect, detained by police in the operation at a hotel in Istanbul's Fatih district, claimed the book, whose pages were of whale leather, belonged to his family. He said he brought the Torah from Syria after the war.

Police handed the Torah over to the Topkapı Palace Museum for further examination by experts while the suspect was released after interrogation.

In 2012, a 1,900-year-old Torah was confiscated by police before smugglers sold it in the southern city of Adana. That book was also smuggled from Syria.

Lawlessness in neighboring Syria mired with an ongoing conflict has made Turkey a destination for smuggling antiquities from the country. Authorities have stepped up efforts to prevent the smuggling and sale of smuggled artifacts. The government has issued a list of artifacts believed to be stolen from Syria and warned customs agents, collectors and others against their sale.

Last year, Turkish troops seized a large cache of artifacts in Elazığ that had been stolen from the Palmyra Museum in Syria, which had been held by DAESH until recently. Among the artifacts recovered was a statue named "Desert Bride" and a wine goblet belonging to Roman Emperor Tiberius.