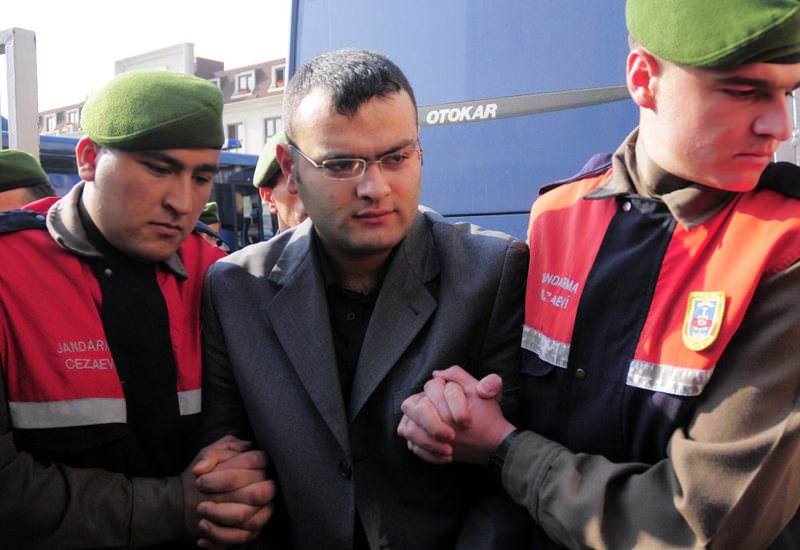 Nine years after he was murdered in broad daylight by a teenager in Istanbul, the investigation into Turkish-Armenian journalist Hrant Dink's killing may expand to gendarmerie intelligence. The Akşam daily published a news story Tuesday on the role of gendarmerie intelligence in the murder and released security camera images of six gendarmerie intelligence officers who are claimed to have been near the murder scene both before and after Ogün Samast, 17, gunned down the editor-in-chief of Turkey's Agos Armenian daily. Dink had been a prominent media figure known for his calls for reconciliation between Turks and Armenians, and his murder has sparked a public outcry. Dink's family and activists have long claimed Samast, a self-styled nationalist, did not act alone.

Indeed, a new probe years after a sluggish investigation has revealed police intelligence officers associated with the shady Gülen Movement were either aware of a murder plot or covered up the intelligence reports pointing out the plot. One of the suspects in the murder who reportedly had a large role in the plot to kill Dink has turned out to be a police informant.

It was long claimed that gendarmerie intelligence, a powerful military intelligence agency, was tracking Samast, and Historical Traffic Search (HTS) records monitoring phone call traffic has revealed six gendarmerie intelligence officers were in Şişli, the district where the murder scene was located, on the day of murder. However, security camera footage on the busy street where Dink was killed was either deleted or shops' security cameras in the area malfunctioned at the time, adding to the mystery and raising suspicions of a cover-up. Akşam reported that all cameras in the area were examined again by the prosecutor's office and six officers were detected in separate footage that was recovered. The newspaper reported that some officers seen in the footage were forced to retire after the murder while others are still on duty.

The footage shows officers roaming Halaskargazi Street where the murder took place one day before the killing and hours before Samast shot Dink on Jan. 19, 2007. Officers are also seen monitoring the scene after the murder.

Former police chiefs linked to the Gülen Movement are currently on trial on charges of negligence and orchestrating a cover-up regarding the murder.

Ramazan Akyürek and Ali Fuat Yılmazer, two police chiefs who served in the upper echelons of police intelligence, were among 34 suspects who appeared before an Istanbul court earlier this month after a court decided earlier to combine the case of negligence and the murder case. Yılmazer and Akyürek are accused of having links to the Gülen Movement, which was allegedly involved in attempts to overthrow the government.

The suspects are accused of failing to stop the murder plot. The case has dragged on for years while the person convicted of the murder, Samast, and two others accused of having roles in the plot to kill Dink were imprisoned. There have been claims that the investigation was deliberately dragged out by two previous prosecutors linked to the Gülen Movement. They are wanted for separate crimes linked to the movement whose offshoot FETÖ is designated "a national threat." Both men remain at large.

Yılmazer and Akyürek were detained last year as well as this year. Yılmazer is under arrest as part of a separate investigation into wrongdoings committed by the Gülen Movement.

The Gülen Movement is accused of trying to shift blame for the murder onto others, including Ergenekon, an alleged gang of generals, journalists and several other prominent figures who were imprisoned after a trial conducted by Gülenist prosecutors. All the defendants in the Ergenekon case were released years later after investigations revealed that they were imprisoned by prosecutors and judges close to the movement based on forged and false evidence. The movement is known for its widespread infiltration of the police and judiciary, which reportedly enabled Gülenists to stage sham trials to imprison their critics.

Dink, an outspoken critic of both the Turkish and Armenian stance on the mass deaths of Armenians in 1915 - labeled genocide by Armenia, a term rejected by Turkey - drew the ire of hardline nationalists during his lifetime. His call for the resolution of the controversial issue led to numerous death threats before his murder. He also faced several lawsuits for "denigrating Turkishness," an act constitutionally punishable with prison time, for his articles and editorials on the issue.
RELATED TOPICS