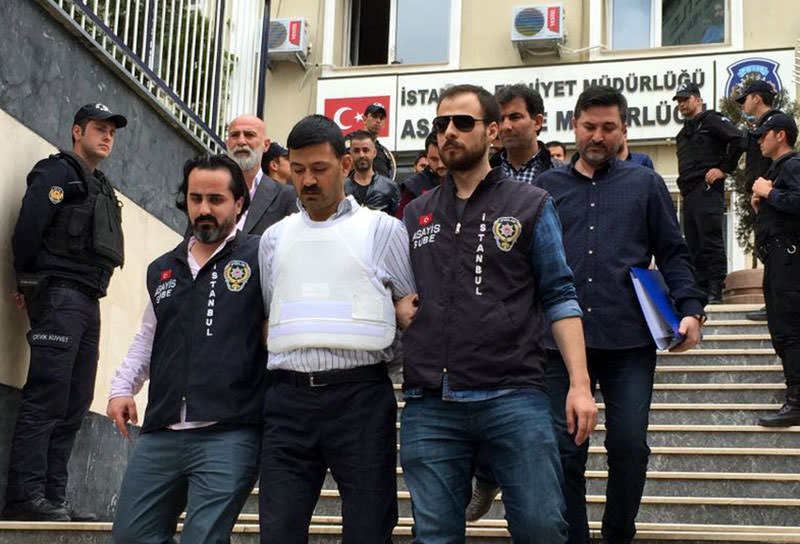 Murat Şahin, the gunman who attempted to shoot Turkish journalist Can Dündar, was arrrested late Tuesday by an Istanbul court, just hours after three suspects were released after being detained earlier in the day for having connections to last week's shooting.

The released trio had been detained on the orders of the Istanbul Chief Public Prosecutor's Office as a result of an investigation into the telephone records of the gunman, Murat Şahin.

One suspect was also released on judicial control whereas Murat Şahin was sent to the Istanbul 1st Criminal Court of Peace for arrest on charges of 'attempted murder' and 'violation of Law No. 6136' which regulates firearms.

TV footage showed a gunman firing shots before being pulled away by an onlooker and Dündar's wife and being overpowered by police officers. A TV news reporter, Yağız Şenkal, was slightly injured in the leg during the incident.

Dündar and Gül were tried following the publication of images purporting to show arms being transported to Syria in trucks belonging to Turkey's National Intelligence Organization (MİT).

The case is linked to searches carried out on MİT trucks on two occasions in January 2014. In May last year, Cumhuriyet ran a story and images purporting to show the discovery of arms in the Syria-bound trucks.

The two defendants were arrested late last November and held in prison until Feb. 26, when Turkey's Constitutional Court ruled that their rights had been violated and ordered their release.