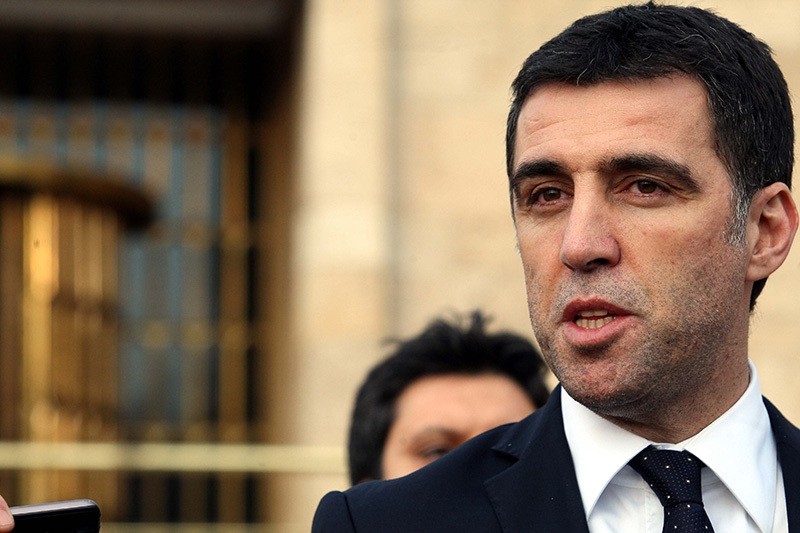 The lawyer of former Turkish football star Hakan Şükür, who ran as an independent parliamentary candidate linked with the Gülen Movement in the June 2015 general elections, told an Istanbul court on Thursday that his client had moved to the United States.

Şükür went on trial at the Istanbul court on charges of insulting President Recep Tayyip Erdoğan on social media, but the former striker was absent during the first hearing.

Ali Onur Güncel said his client could give testimony from the United States if evidence provided by the defense was found to be insufficient.

Prosecutors have asked in the indictment for Şükür to serve up to four years in jail.

Şükür, a striker whose football career stretched from 1987-2007, was by far the most prolific goal scorer in the history of the Turkish national side, finding the net 51 times in 112 appearances.

His goal after just 11 seconds of play against South Korea in 2002 remains the fastest goal in World Cup history.

After football, Şükür went into politics and was in 2011 elected an MP with the ruling Justice and Development (AK) Party.

But he resigned in 2013 after siding with the Gülen Movement.

Şükür had voiced objections to the government move to shut down schools run by the movement.

His lawyer's comments on Thursday that Şükür left Turkey for the United States have ended uncertainty over his whereabouts.

Şükür had previously insisted his presence there was merely temporary to learn English and open a football academy.

The Gülen Movement, led by US-based controversial imam Fethullah Gülen, is considered to be a national security threat by the Turkish government and President Erdoğan. It is accused of wiretapping thousands of people, including Turkish government officials, encrypting phones and allegedly infiltrating state institutions, including the judiciary and security forces, with the aim of overthrowing the government.