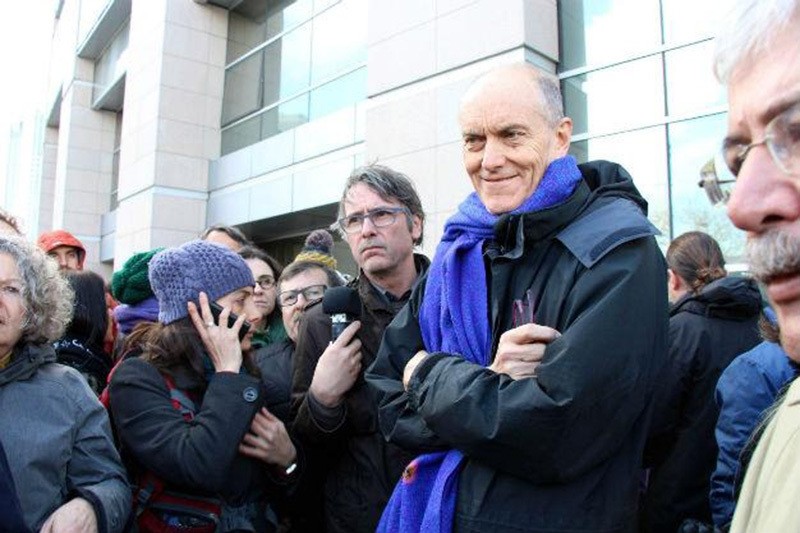 An Istanbul court acquitted British scholar Chris Stephenson, who was charged for "terror propaganda" in his first hearing on Thursday.

The British academic, a lecturer in computer science at Istanbul Bilgi University, was taken into custody on March 15 on suspicion of conducting "terrorism propaganda" for possessing a traditional spring festival "Nevruz" leaflet, reportedly bearing pro-PKK slogans, printed by the Peoples' Democratic Party (HDP).

Stephenson has supported three Turkish academics detained on March 14, in relation to an investigation into signatories of a petition calling for an end to clashes in southeastern provinces of Turkey, in January, before he was accused for distributing leaflets.

He was taken into custody upon a prosecutor's instruction on accusations of "making propaganda for a terror organization."

Stephenson, who was released on March 16 after being interrogated by a prosecutor, has chosen to return to the UK rather than await deportation which was ordered by the court.

He said that wife and teenage daughter both remained in Turkey and described his treatment as "very scary and wrong" according to The Independent newspaper.

Filiz Stephenson, the academic's wife, has told Britain's Daily Telegraph it was not true that he had been distributing Nevruz leaflets, as originally reported.