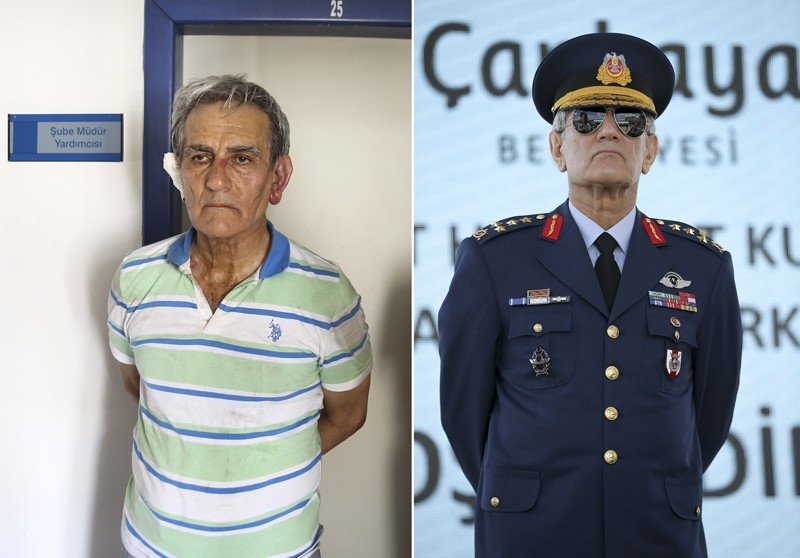 Masterminds of #FailedCoup in Turkey being registered at Ankara Police HQ before interrogation process pic.twitter.com/tSupT3Loyk

Öztürk had minor bruises on his face and arms, and was looking pretty tired while he waited for questioning. 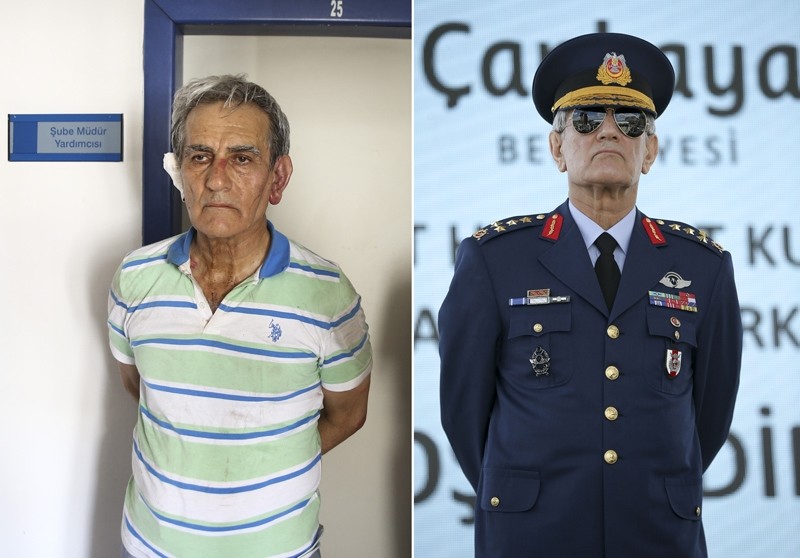 A bloody coup attempt by a large number of soldiers, including high-ranking generals was quashed by the security forces on July 16 as hundreds of thousands of civilians hit the streets across the country against the rebel soldiers in a night that put a black mark on Turkish democracy.

Four top commanders and the Chief of General Gen. Staff Hulusi Akar were saved after they held hostage by the Gülenist coup attempters.

The air force command, the gendarmerie command and some units from the armored forces took part in the coup attempt, he said, adding that it was quashed.

As coup attempters lost almost all key governmental, military and private buildings they occupied as of July 16, Turkey's top soldier Gen. Hulusi Akar, who was taken hostage by the coup attempters at the General Staff headquarters in Ankara with other leading commanders, was freed at the Akıncılar Air Base through an operation.

However, six of a group of around 5,000 civilians, who tried to enter the base in a reaction to the coup, were killed by the rebel soldiers.

Akıncılar was apparently was the base that plotters used as one of their centers to command.

Turkish security forces have completed an operation against the coup plotters at the headquarters of the military general staff.

A Turkish F-16 jet controlled by coup-attempters also dropped bombs on a spot near the Presidential Palace in Ankara early on July 16, leaving five people dead.

The unrest started when a group of soldiers closed the two bridges over the Bosporus that link Asia to Europe late on July 15.

Two civilians, advertisement sector businessman Erol Olçak and his son were killed in a fire at the Bosphorus Bridge. Three civilians were wounded in the artillery shooting.


Turkey's police chief Celalettin Lekesiz has announced that 16 rebel soldiers were killed at the Gendarmerie General Command, which was taken back from the coup attempters.

"They were trying to command and control the gendarmerie forces across 81 provinces across Turkey" said Lekesiz.

The operation was conducted at the headquarters in Beştepe, where the presidential palace is also located.

The plotters killed 17 policemen in an attack on the Gölbaşı Special Forces Department headquarters in the Turkish capital of Ankara, according to the Istanbul governor.

Two employees were killed at the Turkish satellite operator TÜRKSTAT in the same district.

The state-run broadcaster, TRT, which was taken over by the coup plotters, was retaken by the security forces.

The plotters, who named themselves the "Peace at Home Council" had forced a TRT speaker to read a declaration, claiming to take the power in the country.

Yenişafak daily announced that its photographer Mustafa Canbaz was shot dead in the head amid armed clashes near Kuleli Military High School in Istanbul's Çengelköy district.

A group of soldiers entered the Doğan Media Center, which hosts Hürriyet newspaper and broadcaster CNNTürk, in Istanbul early on July 16, taking several journalists and other staff in the building hostage for some time. They were detained later.

The coup attempters hit by bomb Turkish parliament while lawmakers were holding a session. The lawmakers then moved to the shelter of the building. The office of the prime minister was destroyed heavily.

He called on soldiers not to obey the coup attempters, adding that this was not ordered by the chief generals.

A group of civilians attempted to enter the state-run TRT during the occupation by the attempters, but the group inside fired at the group, wounding one person. A military helicopter was shooting fire at the TRT building.

The so-called Peace at Home Council said in the live declaration that it would trial at "fair courts" all those "have betrayed the country."

The so-called council also declared a curfew. However, Defense Minister Fikri Işık said this was a "pirate statement," saying that it was not linked to the military commanders.

A CNNTürk reporter said a helicopter fired on the General Staff headquarters in Ankara.

The Istanbul head of the ruling Justice and Development Party's (AKP) said on broadcaster CNNTürk on the phone that a group of soldiers were trying to take them out of the building.

Fethullah Gülen, meanwhile, denied being behind the attempted coup in Turkey, saying that he condemned it "in the strongest terms."

"As someone who suffered under multiple military coups during the past five decades, it is especially insulting to be accused of having any link to such an attempt. I categorically deny such accusations," Gülen said in a brief statement just before midnight on July 15.