Turkish court gives prison sentence for 7 over Karaman mine disaster 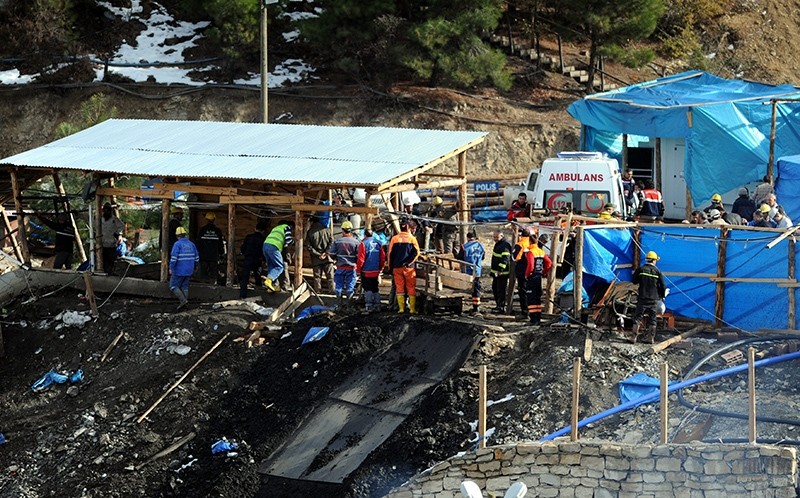 A Turkish court on Wednesday sentenced seven managers, including the owner of the mining company, to several years in prison over a mine disaster that killed 18 workers in the central Anatolian town of Ermenek in 2014.

The court ruled the seven defendants had "caused the death of more than one individual with conscious negligence" when waste water caused a flood inside the Ermenek mine, drowning the 18 workers trapped inside.

Saffet Uyar, the owner of the mine in Ermenek, and engineering supervisor, Ali Kurt, were sentenced to 13 years and nine months in prison.

The court acquitted nine other defendants.

The workers were trapped in a flooded coal mine in October 2014 after a water pipe exploded in Ermenek, Karaman province, located around 400 kilometers (248 miles) south of the capital, Ankara.

Rescue teams had to work for 38 days to recover the bodies after the disaster.