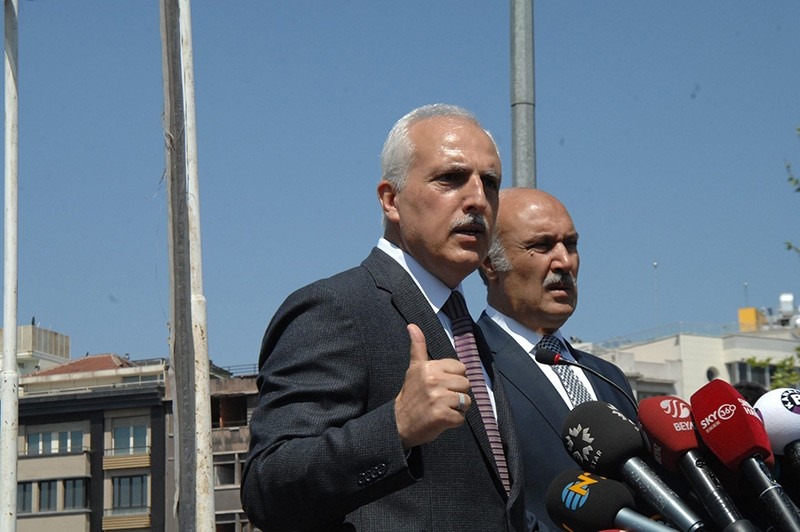 Former Istanbul governor Hüseyin Avni Mutlu has been detained on Tuesday in connection to the failed coup attempt launched by a small military junta linked to the Gülenist Terror Organization (FETÖ).

As part of an ongoing investigation several police units conducted a search at Mutlu's residence in the early hours of the day. He was among 246 governors and district governors who were suspended from duty by the Ministry of Interior following the coup attempt.

Mutlu served as governor of the Istanbul province between 2010 and 2014, after which he took a post with the Interior Ministry as a civilian authority.

Police operations targeting the military in 2010 with Sledgehammer (Balyoz) coup plot allegations and government officials in December 17 and 25, 2013 were conducted during Mutlu's term. Both cases were launched by police officers and prosecutors linked to the FETÖ. Sentences given to active and retired military officers using fake or illegally gathered evidence were overruled by Turkey's Constitutional Court in Sledgehammer case, while a retrial ruled for the acquittal of all suspects.

The Gezi Park protests, which started as a small environmental protest in Istanbul's Taksim Square and turned into a nationwide unrest after heavy police crackdown, also took place during Mutlu's term in Istanbul.

Turkey's top judicial body, the Supreme Board of Judges and Prosecutors (HSYK), also ordered the detention of 2,745 Gülen-linked judges and prosecutors, while two members of the Constitutional Court were detained for involvement in the failed coup attempt.

At least 2,839 pro-coup members of the military, including 29 colonels and over 40 generals, have been detained across Turkey.

As a result of the attempted coup, 264 people were killed, including police officers and civilians, while over 2.000 others were injured. Some 24 pro-coup figures were also killed.