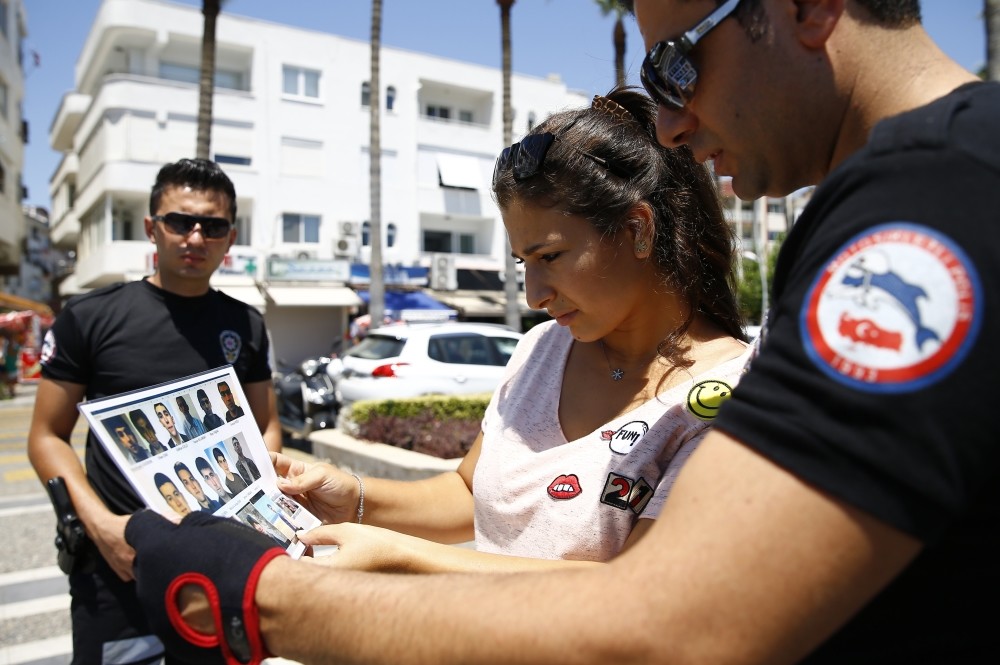 Police in Marmaris show photos of coup troops wanted for attempting to kill the president. A manhunt is underway to find the suspects there.
by daily sabah Jul 27, 2016 12:00 am
Eleven days after an audacious coup attempt staged by Gülenists, the number of suspects involved or linked to the putsch has reached 9,056 and the figures may escalate as police continue to carry out operations every day against the coup plotters.

Anadolu Agency reported that the detainees include judges and prosecutors from higher courts, military and police officers. In the judiciary leg of the coup, 100 judges from the Supreme Court of Appeals and 34 members from the Council of State, another high-ranking judicial authority and hundreds of judges from lower courts as well as 737 prosecutors were rounded up in detentions.

A total of 143 generals were arrested after the coup attempt and 3,168 military officers from lower ranks and 736 military cadets were also arrested. Some 918 police officers were also detained while 825 public officials including governors were among those arrested following July 15.

Turkish authorities vowed to bring Gülenist coup plotters to justice after the junta's attempt was fended off thanks to a united fight by the public, police and anti-coup soldiers. A total of 246 people including civilians were killed in the attempt where Gülenist officers indiscriminately opened fire on unarmed pro-democracy activists taking to the streets to stop tanks and block access to critical locations, from the presidential palace to a main bridge in Istanbul.

Yesterday, several high-profile names, including former Istanbul Governor Hüseyin Avni Mutlu, were detained as part of the investigation into the coup and more detentions are expected as the government sped up efforts to deliver the coup plotters to justice following the declaration of a state of emergency last week.

Though most officers involved in the coup were captured after the public and police staved off the coup attempt, several remain on the run. Among those on the run are commandos who were allegedly tasked with assassinating President Recep Tayyip Erdoğan while he was vacationing in a Mediterranean hotel. On Monday, police captured seven soldiers in a manhunt in the coastal town of Marmaris and the search is underway for 11 others believed to be hiding in thick forests.
RELATED TOPICS